More than a million trips were taken on Metro on Saturday -- hundreds of thousands more than on Inauguration Day, and a Saturday record.
Listen now to WTOP News WTOP.com | Alexa | Google Home | WTOP App | 103.5 FM
(1/13) 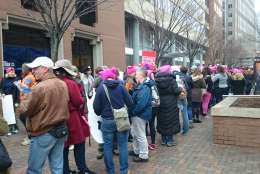 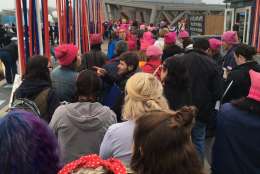 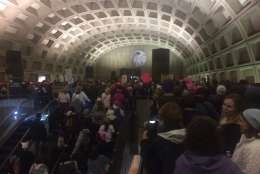 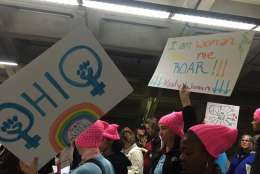 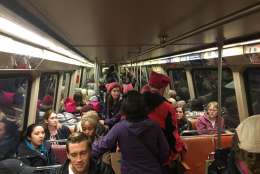 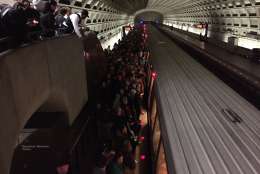 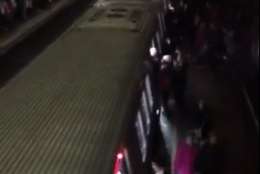 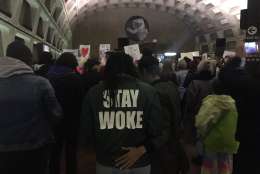 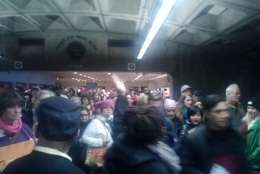 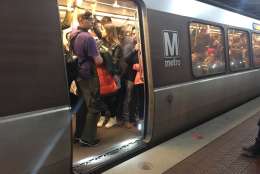 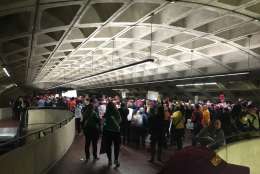 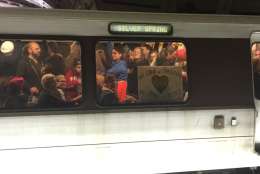 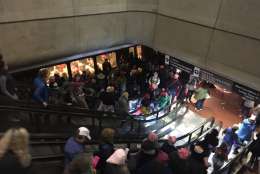 WASHINGTON — Transportation officials in Washington say more than a million trips were taken on the city’s rail system Saturday — a tally that is hundreds of thousands more than on Inauguration Day and sets a Saturday record.

Metro officials said Saturday was the busiest in Metro’s history. The transit agency tweeted Sunday that 1,001,616 trips were taken on the rail system on Saturday, the day of the Women’s March on Washington.

Metro spokesman Dan Stessel had said that on Friday, the day of Donald Trump’s inauguration, just over 570,000 trips were taken on the rail system.

Saturday’s ridership number topped the previous Saturday ridership record set in 2010 on the day of the Rally to Restore Sanity and/or Fear hosted by Jon Stewart and Stephen Colbert. More than 825,000 trips were taken that day.