The parents of Democratic National Committee staffer Seth Rich were in D.C. Monday from their home in Omaha, Nebraska, asking for information about the shooting death of their 27-year-old son.
Listen now to WTOP News WTOP.com | Alexa | Google Home | WTOP App | 103.5 FM

WASHINGTON — The heartbroken parents of former Democratic National Committee staffer Seth Conrad Rich were back in D.C. Monday from their home in Omaha, Nebraska, and are searching for any scrap of information that could help solve the shooting death of their 27-year-old son.

It’s their second visit since his killing July 10, in the Bloomingdale NW neighborhood where he lived.

“We need people who know what was going on, who may know somebody,” added Seth’s dad, Joel Rich.

The parents spent time Sunday and Monday going around the neighborhoods near Rhode Island Avenue NW and North Capitol Street NW posting fliers featuring a smiling image of their son and offering a $125,000 reward for information leading to his killer.

Mary Rich said Donna Brazile, who headed the DNC when Seth worked there, pitched in this weekend to help with the fliers, along with Seth’s friends and colleagues.

Seth was killed around 4:30 a.m. in the 2100 block of Flagler Place NW, not far from where he lived. D.C. police say he had struggled with his attackers who did not take any of his belongings. Police said the neighborhood had suffered a rash of robberies in the weeks leading up to Seth’s killing.

“You’ve got two people that shot my son twice in the back,” Mary Rich said while sobbing.

D.C. police said they have no new information to share about what remains an active investigation.

Seth’s face is among the dozens of pictures on the D.C. police website listing unsolved homicides this year.

“We’re not going to stop until I find my son’s murderer,” said Mary Rich. 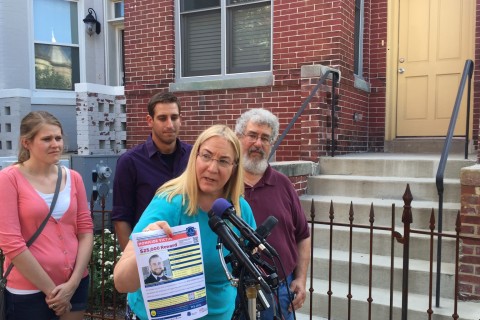 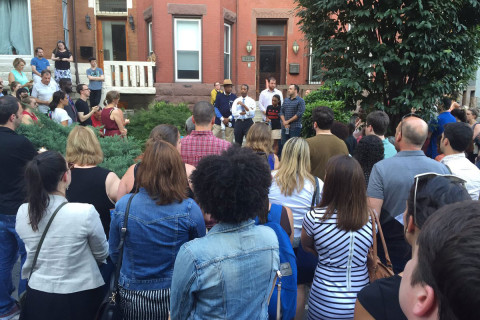