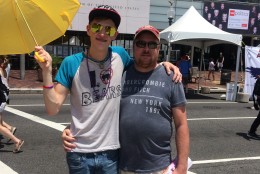 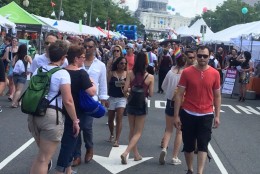 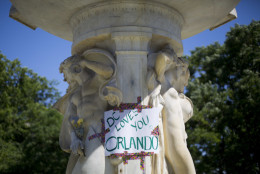 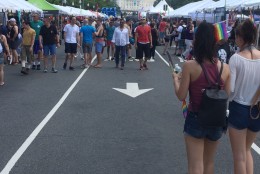 WASHINGTON (AP) — Law enforcement officials are beefing up security for a LGBT pride festival in D.C. after a deadly shooting at a gay club in Orlando.

D.C. Mayor Muriel Bowser said in a statement that she has been briefed by Police Chief Cathy Lanier about increased security measures ahead of Sunday’s Capital Pride Festival.

Bowser said Washingtonians “will not be deterred by hate as we gather to celebrate love.”

Festival organizers held a moment of silence for the victims of the Florida shooting at 1 p.m.

And another festival goer, Michael Kipp from Bowie, Maryland, added, “It’s sad and our hearts go out to everybody that it happened to and their families.”

“The truth is people are singled out all the time for different reasons, one or another, for being different or not fitting into some ideal that somebody believes. I don’t want to believe that the world as a whole is out to get gay people; this is just one sick individual,” Kipp told WTOP.

“Our community has always been a target of violence and always been a target of hate, and we persevere and we will all stand together in this horrible time,” said James Parrish, who is the executive director of Equality Virginia, a statewide non-partisan education, outreach and advocacy organization seeking equality for gay, lesbian, bisexual and transgender Virginians.

“It’s worrisome to see a place that holds so much meaning to us to be attacked in this way,” Parrish told WTOP.

Officials said the shooting at the Orlando nightclub left at least 50 people dead, making it the worst mass shooting in American history.

WTOP’s  Dick Uliano and Omama Altaleb contributed to this report.