The union Amalgamated Transit Union, representing more than 9,000 of Metro’s operators, station managers, clerks and mechanics, said that the hijacking of a Metrobus Tuesday is just the latest attack against drivers.

“The list of incidents of Metro workers being spat on, slapped, stabbed, tased or shot at continues to grow longer every week,” a statement from the union reads.

A Metrobus driver is recovering after his bus was commandeered by an armed man in the Deanwood neighborhood Tuesday morning. Keith Loving, 30, was arrested on a charge of second-degree murder for the death of 40-year-old Anthony Payne of Washington who was hit by the stolen bus while Loving was behind the wheel.

It was a three-minute ordeal that threatened the safety of the bus driver and his passengers.

“There was a weapon of some sort that was displayed. The driver of the bus was forced off the bus,” said Assistant Chief Peter Newsham of the moments before the bus was hijacked.

The injured driver was able to hit an emergency button before exiting the bus, which Metro said triggers a distress call to bus operations, starts GPS tracking and displays the message “Emergency — call 911” on the bus’ exterior.

But Metro claims the problem is slowing down. In a statement to WTOP, Metro spokesperson Sherri Ly said assaults on bus drivers are down 30 percent this year when compared to last.

“Metro has understood that assaults have been a problem in the past,” said David Stephen, with the Amalgamated Transit Union, after the incident.

The union wants Metro Transit Police officers to periodically get on board.

“If there were a reputation for police to pop in on buses or on trains and just be around, then you’d see it … likely that these kinds of incidents would happen less frequently then they do,” Stephen said.

Colleen Kelleher and Amanda Iacone contributed to this report. 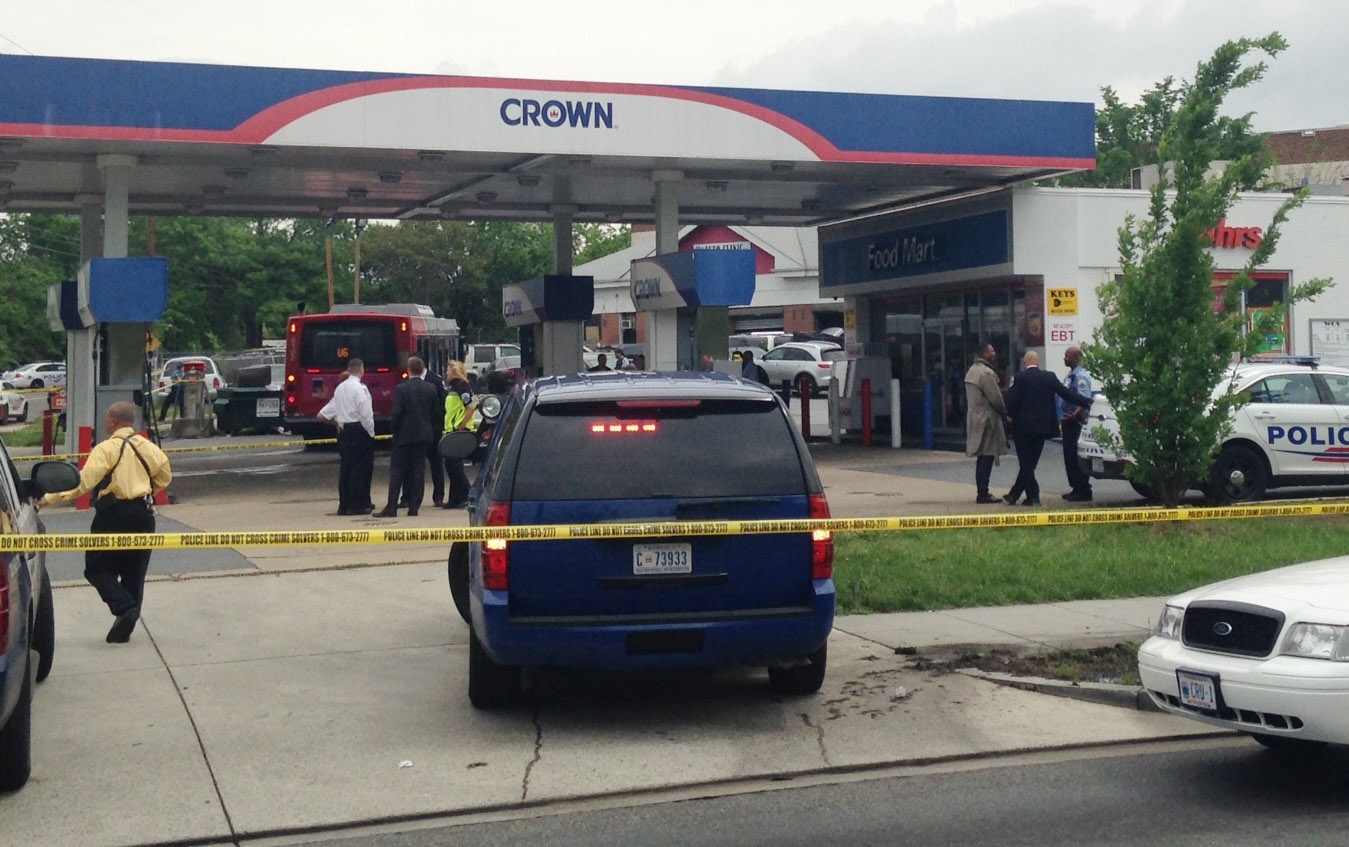