More than two weeks after a CSX train derailed near the Rhode Island Avenue Metro station and spilled a hazardous chemical, the railroad and numerous other agencies held an emergency response drill for a similar, but even more serious, event.
(1/3) 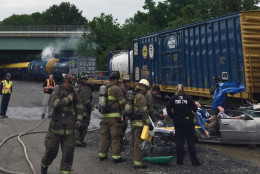 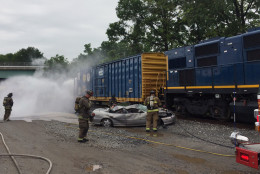 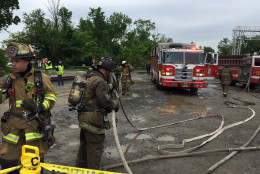 WASHINGTON — More than two weeks after a CSX train derailed near the Rhode Island Avenue Metro station and spilled a hazardous chemical, the railroad and numerous other agencies held an emergency response drill for a similar, but even more serious, event.

The simulation at the Benning Rail Yard in Southeast involved a CSX train hitting an automobile and releasing a toxic chemical that would have prompted an evacuation of the surrounding area.

“The chemical scenario we’re practicing is much worse,” than the scenario firefighters faced during the actual derailment on May 1, said Deputy Chief John Donnelly with D.C. Fire and EMS.

Donnelly said in the event of a real evacuation, emergency workers would go door-to-door and use loudspeakers to alert those in the affected area. Emergency alerts would also be sent out to those who had signed up for them. Fire and EMS leaders would work with the D.C. Emergency Management Agency and D.C. police to determine what areas needed to be evacuated, based on the type of chemical and the severity of the spill.

Also taking part in the drill were volunteers at MedStar Georgetown University Hospital, allowing staff to practice decontamination and treatment. A sheltering operation was set up at the Fort Davis Community Center in Southeast for those who would be displaced in an emergency.

Officials said the exercise had been in the works for months before the May 1 derailment. No evacuation was ordered then. Sixteen cars derailed and 750 gallons of sodium hydroxide — also known as lye — had to be cleaned up.

The cause of the derailment remains under investigation, which could take up to a year to complete, the Federal Railroad Administration said.

Donnelly said training like Wednesday’s daylong drill is invaluable, and that the hazmat officer who first arrived on scene for the Rhode Island Avenue derailment had just completed training provided by CSX in Colorado.

“He got to put that training right to work,” Donnelly says. 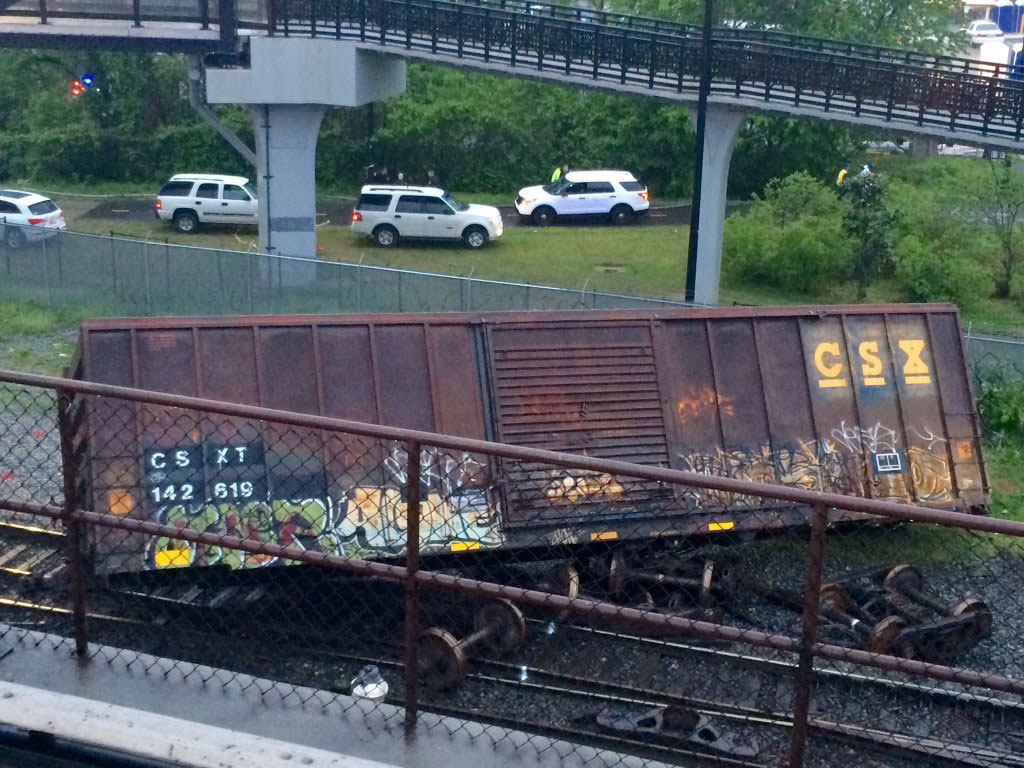