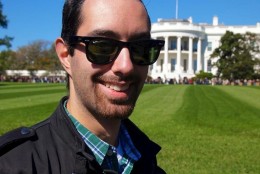 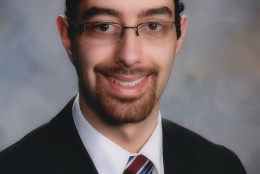 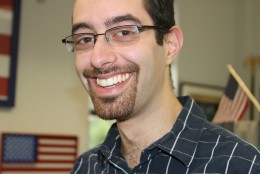 WASHINGTON — Friends gathered in Southeast D.C. on Monday to remember a man killed during a robbery on a Metro train.

Kevin Joseph Sutherland, 24, was stabbed to death while on a train near NoMa — Gallaudet station while on his way to a Fourth of July party Saturday afternoon.

“You just miss the little things so much about him and you don’t realize it until it’s taken so suddenly from you,” said Abigial Finn, a longtime friend of Sutherland.

The digital political strategist was a former congressional intern and an American University graduate who enjoyed country music, politics and photography. His friends joked that Sutherland was also known for filling up his apartment with smoke while cooking.

“He was just so quirky, so loving, would literally do anything you asked him to and would never say no,” said Tya Scott, who was the last person to see Sutherland when he left his D.C. apartment on Saturday.

Palak Gosar said Sutherland, a Connecticut native, loved advocating for progressive causes. “He never shied away from a fight, especially when it came to what he believed in.”

Jasper Spires, 18, was arrested Monday and charged with first degree murder. He is scheduled to appear in court on Tuesday.

According to court records, Spires was released from jail a day before the murder in an unrelated robbery case. On July 2, Spires was accused of asking a man in Northwest Washington “What do you have in your pockets?” before assaulting him. The police report also alleges Spires kicked and punched at officers who tried to arrest him. The charges in that case were reduced to simple assault and assault on a police officer, and he was released from jail on July 3.

Gosar said news of Spires’ arrest made him feel a little bit better, but he said it still doesn’t bring his best friend back.

Scott said Sutherland just enjoyed life. “He enjoyed every minute of it,” she said.

The friends said they are heartbroken by the loss of the man they say was like a brother to them.

“He will be missed,” Gosar said. 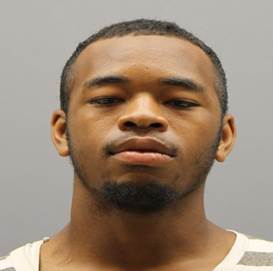