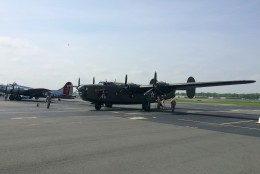 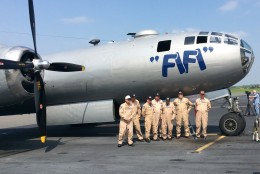 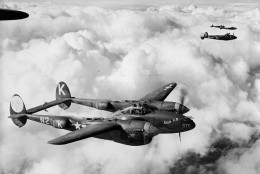 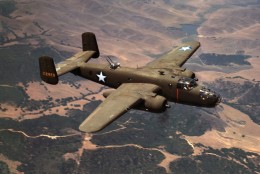 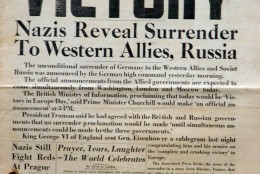 WASHINGTON — It will be quite the air show Friday morning, when 56 World War II warbirds will rumble over the National Mall in honor of the 70th anniversary of Victory in Europe Day, also known as V-E Day.

“There will be 400 World War II veterans there to participate in that ceremony,” says Paul Feldman, who organized the Arsenal Democracy Flyover event.

The planes will fly in 15 formations, in historical sequence, representing battles from the pearl Harbor era to Midway, D-Day and Iwo Jima, organizers say. The final flyover will involve a missing-man formation. Flyovers will last from 90 seconds to two minutes, and will be at an altitude of at least 1,000 feet, flying west to east along Independence Avenue on the south side of the Mall.

The first plane should be visible along the National Mall around 12:10 p.m., and it will end at about 12:50 p.m. Reagan National Airport will be closed to commercial traffic from 12 p.m. to 1 p.m. to accommodate the flyover.

“We intend this as a real honor for our nation’s veterans and those who sacrificed abroad, but also for those at home who built the aircraft, tanks and ships who helped us win the war,” Feldman says.

Some good spots to watch the flyover are from the National Mall itself; Hains Point; Rosslyn, Virginia; and anywhere along the Potomac River, Feldman says.

Residents farther outside the city will likely see the warbirds overhead, too, as the planes will take off and land at Manassas and Culpeper regional airports.

For those who’d like to see the historic and well-preserved warbirds up close, the Smithsonian’s National Air and Space Museum’s Steven F. Udvar-Hazy Center is hosting a Fly-In to Victory Day on Saturday, May 9, from 10 a.m. to 3 p.m. Inside, visitors can speak to the planes’ pilots, see performances by the United States Air Force Band and World War II re-enactors and participate in hands-on activities for kids and teens.