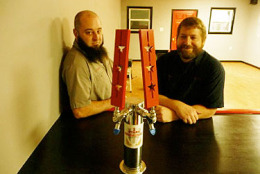 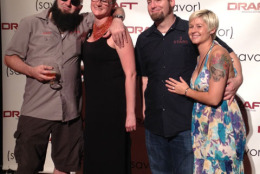 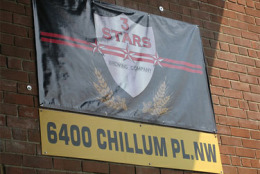 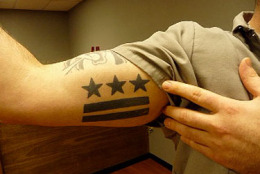 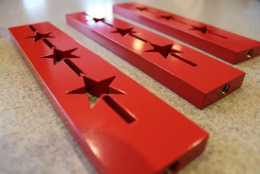 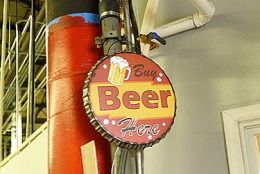 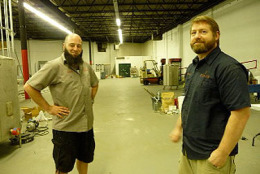 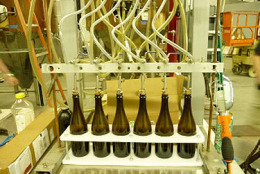 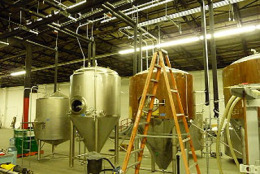 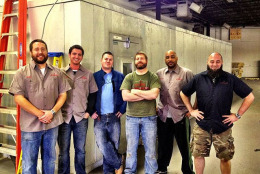 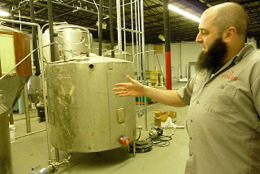 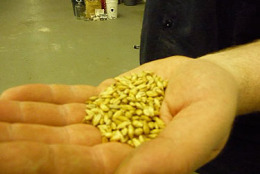 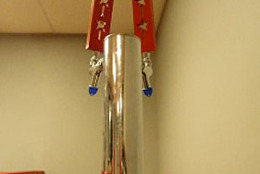 WASHINGTON – In a previously empty warehouse in Northwest D.C., two longtime friends are hoping their soon-to-open brewery will solidify the District’s growing reputation as a world-class craft beer destination.

3 Stars Brewing Company has been taking shape over the past year in a 15,000-square-foot building, in the city co-founders Dave Coleman and friend Mike McGarvey have called home for years.

“It’s about being residents of D.C. and an opportunity to give back to a city that has given us so much.”

There was no question 3 Stars Brewing Company would be located in D.C. The three-star symbol (an homage to the D.C. flag) appears on all brewery merchandise and is proudly tattoed on Coleman’s right bicep.

Despite the lack of properly zoned spaces in the District, the pair turned down sites in Maryland and Virginia, waiting and knowing the right space would come to them.

They were thrilled to find the old warehouse in Takoma at 6400 Chillum Place because of the neighborhood’s reputation for supporting local businesses.

The project, nearly five years in the making, has been a true labor of love for the friends.

The two began brewing beer at home in 2007, sharing their brews with family, friends and other local beer lovers.

“We were enjoying craft beer and we questioned why we didn’t have a D.C. craft beer,” McGarvey says.

It took the duo years to go from the recipe production phase to developing a business plan to construction on the site.

“And we’re still good friends,” McGarvey says with a laugh.

Coleman and McGarvey have one goal in mind: Produce local, hand-crafted artisan ales, adding to the already growing local craft beer community, a community they’ve both been members of for years.

“We’re focused first and foremost on being the best craft brewers in D.C.,” Coleman says. “For us, it’s always been about brewing. Making the best beer you can possibly make. Finding new ways to use products and push boundaries on things.”

The brewery is in its final inspection stages this week and the two expect to clear the zoning and health inspections soon. They should begin releasing beer for public consumption in early July.

In the meantime, the 3 Stars Homebrew Company is open to the public. The shop opened June 1, offering malts, yeasts, hops and a variety of homebrew kits for beer geeks of all experience levels.

“We see this as a great spot for people to come out, gather, discuss what’s happening in the beer culture,” Coleman says. “It’s really a gathering place for like-minded individuals.”

Since the two started out as homebrewers, supporting that community is hugely important to them.

“The more homebrewing grows and the more people get educated and involved in it, the better for the beer community,” Coleman says.

“It was really important that we had something that could support where we came from.”

As the former general manager and beer director of The Big Hunt in Dupont Circle, Coleman worked for years to elevate the level and quality of beer offered to customers.

He has seen the craft beer market explode in D.C.

“Our on-premises consumption changed and we were allowed access to better beers and different beers,” he says. “People are getting more educated and when consumers get more educated about the products they are consuming you have to elevate the game, which is great.”

McGarvey says they want that level of interaction at 3 Stars, as well. They want customers to provide feedback on beer. They want to build an experience for anyone who comes out to the brewery.

“They may come for one reason and then end up doing something else. They might come for tastings and get into homebrew,” he says.

They both agree beer should be an experience and that’s what they’re working to produce.

Around the same time they found their space in Takoma, the two began introducing 3 Stars beer to the local beer market through collaborations with other area breweries such as Salisbury Md.-based Evolution Craft Brewing Company (released the 3 Stars Syndicate Saison) and Baltimore-based Oliver Ales (brewed a special rye-based ale). The latter beer won a silver medal in the 2011 Maryland Governor’s Cup competition.

The brewery website already lists the variety of beers they plan to produce. They include:

“Our beers are full-flavored, very complex ales that showcase the different ingredients that we use,” Coleman says. “We like to push the limits on what is considered a traditional style.”

The two also like to push the limits when it comes to getting a brewery up and running.

“Mike and I are working-class Irish kids,” Coleman says. “It takes serious money to open a brewery with new equipment.”

The brewery found investors among bartending friends and family members. Without millions of dollars, the friends have improvised along the way.

“I wouldn’t use the word ‘easy,'” Coleman says. “We didn’t set out to buy a brewery. We wanted to build a brewery.”

“It’s been nice that we actually built it with our hands.”

And the hands of a dedicated team of weekend volunteers, made up of friends and family.

For instance, in need of a walk-in freezer that would normally cost $30,000 to $50,000, Coleman and McGarvey found a cheaper, used freezer for a little more than $1.

The only catch was they needed to disassemble and move the 40-by-13-foot freezer. They gathered a group of their friends and got it done.

Both had been working full-time while developing the brewery. McGarvey is director of marketing business intelligence at Sirius XM Radio. Recently, Coleman dropped down to bartending one night a week at The Big Hunt.

It is their passion for beer and creating a brewery they have envisioned for a number of years that keeps them going.

“In D.C., our (beer) scene is more propelled by the passion of young people,” Coleman says. “We elevate each other.”

They take inspiration and support from a number of other local beer afficionados.

“The better they do, the better we do,” Coleman says.

When 3 Stars Brewing Company opens later this summer, it will be open for tastings and tours.

The tasting room will feature eight taps, including exclusive tastes. Growlers and kegs will be available for purchase to the public.

The pair have 11 to 12 recipes ready to market. Their beer also will be available at local restaurants and bars, including Churchkey, Meridian Pint, The Big Hunt and Pizzeria Paradiso.

“Once we have produce for market, we’re in the local bars and restaurants and we’ll have the tasting room open,” Coleman says. “Any place in town that is a destination for great beer, you can count on finding 3 Stars.”

And while building what they hope is D.C.’s next great craft brewery is important to the two friends, giving back to the community they’ve called home for years is equally important.

To help eradicate childhood hunger in the District, the two are cultivating special relationships with local chefs and charities who can use the brewery’s spent grain to develop food products.

“As a responsible business we feel it’s something we want to do,” Coleman says. “It’s unbelievable that in the nation’s capital there are children who don’t have one square meal a day.”

The two see the spent grain program as a pivotal way to give back to the District.

Coleman explains that the grains, which have been soaked in hot water, can be used to make bread products like pretzels.