Marco Etcheverry recalled being in awe during the 2021 National Soccer Hall of Fame ceremony. In attendance to introduce his teammate Jamie Moreno for his induction, the D.C. United midfielder caught up with many U.S. soccer figures from his playing days and watched others receive recognition for their efforts in the sport.

Thinking back on his own contributions during his eight seasons with the Black and Red and loving the atmosphere of the hall, the Bolivian star told himself: “Next year, I have to be here.”

“We started this league so I was happy to see those friends,” Etcheverry said. “But now, it’s my time.”

This Saturday, the D.C. United legend will return to Frisco, Texas, joining Moreno and several of his teammates as a soccer hall of famer. Speaking for the first time since being voted in through the Veteran ballot in February, “El Diablo” told reporters that he has fully embraced his future induction, calling it “the highest honor of my life.”

Before his trip to the hall, Etcheverry made a trip to Audi Field Wednesday night during United’s home match against NYCFC. With his wife, children, Moreno, former teammate Ben Olsen and President of Soccer Operations Dave Kasper by his side, “El Diablo” held up a personalized jersey, emblazoned with “Hall of Fame” as the club honored him at halftime in front of 16,072 supporters.

The club extended the invitation for Etcheverry to appear in front of the supporters before his induction. The ability to be table to step on a field in front of United’s supporters one more time is “very emotional” but something he could not pass up, he said.

It had been long journey for the midfielder to get recognized as one of the best players to ever play in the United States. A regular for the Bolivian national team, Etcheverry had played for some of the biggest clubs in South America and rumored to join multiple European clubs in the 1990s.

However, the allure of playing in the nation’s capital and bringing soccer to the masses was enticing to then 26-year-old.

“For me, coming to this league, this city, the most powerful city in the world, it is shocking that it does not have soccer,” Etcheverry said in Spanish. “The whole world is playing soccer minus here on a professional level so it was a dream to be a part of making the sport big here in the United States.”

Along with multiple international soccer stars, including Colombian Carlos Valderrama and Mexican Hugo Sánchez, Etcheverry became one of the Major League Soccer’s “pioneros” and was allocated to D.C. United in 1996.

When he first arrived, Etcheverry was an instant hit the D.C.’s area’s large Bolivian population. Following his signing, a contingent of fans waited to greet him at the airport. Riding on the same plane with another celebrity, he was not expecting the surprise waiting for him at the gate.

“I was on the same plane with a famous woman … the sister of Enrique Iglesias,” he said. “So when we landed, because she is famous, I thought the people were there for her until I found out it was the Bolivian community waiting for me. It was something really special, and my community has always been supportive in me playing soccer.”

The soccer side of Etcheverry excelled with United. Recognizable by his long black hair, the playmaker dribbled away from defenders with ease and expertly fired off 30-yard passes directly to his teammates. In eight years, he amassing 34 goals and 101 assists (a club record at the time) in 191 matches. He was named the league’s most valuable player in 1998.

However, there was an adjustment period before he excelled on the field. When he played with Chilean side Colo-Colo, Etcheverry played in front of 60,000 fans. In D.C. at R.F.K. Stadium, support fluctuated between 19,000 and 25,000 spectators.

Along with smaller crowds, he also had to promote the sport in various ways, including doing meet and greets at various random locations like grocery stores and gyms, to persuade people to come watch United’s games.

But those who did come helped created the team’s supporter culture drove United to victory, Etcheverry said. Fans took advantage of the stadium’s bouncing stands while spending the majority of game chanting and signing support to the team. Their rowdy support was “incredible” and created an atmosphere that made it hard for opponents to play in.

download audio
D.C. United's Marco Etcheverry discusses in Spanish what he remembers playing in front of the team's supporters.

The Bolivian said the fans’ support was a huge part establishing United’s championship years, where D.C. won three MLS Cups in four years. In 1998, the club won both the CONCACAF Champions Cup as best team in North America and the Copa Interamericana against Brazilian side Vasco da Gama. The club’s international success is the one of his highest accomplishments.

“We became the best team of everything, North, South and Central America,” Etcheverry said. “That is not only just important for D.C. but for MLS and soccer in the United States.”

He left United after the 2003 season and retired in 2006. Since then, he coached United’s youth teams as well as professional sides in South America. He worked for seven years within the Bolivian soccer federation too. He has plans to open youth soccer academies in the United States, including in the D.C. region, but would always welcome a return to coaching in MLS.

However, for Etcheverry, being recognized as one of best to play soccer in the United States is an honor to fill a lifetime. If his time in the sport came to an end, Etcheverry said he can feel fully satisfied with everything he has done.

“I cannot ask for more than this. To be honest, I can relax now and I can die in peace. This is the top recognition that I could have ever dreamt to have in my life.” 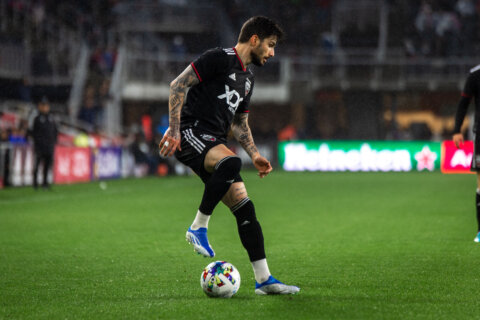 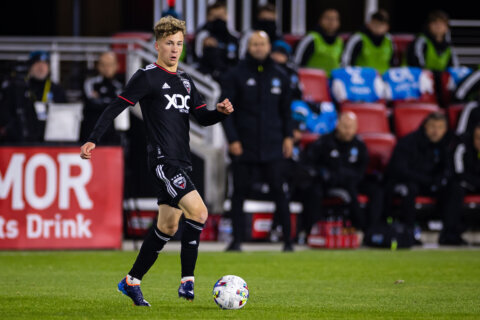 DCU’s Najar speaks on his return from injury, Nashville loss