WASHINGTON — D.C. United announced an agreement that would see all three of its passionate supporter groups represented equally at games.

The agreement came one week after two of the groups, La Barra Brave and District Ultras, staged a protest before the inaugural game at Audi Field. Although some members did wind up going to the game, the atmosphere was more subdued and the absent contributions of the two groups were noticeable.

“We missed La Barra Brava and District Ultras at the first match. It was definitely a vacancy not having them there,” said Mike Schoenbrun, D.C. United Chief Revenue Officer. “We couldn’t be more excited to have all three of our supporter groups come together and sing and chant and lead our fans.”

Final details are still being sorted out, including how block ticket distribution will look for fan groups next season.

“One of the remaining issues for this season is that, unfortunately, because of how late we were given access — given the right to purchase tickets — there is some inventory issues,” said Jay Igiel with La Barra Brava. “We don’t necessarily have access to as many tickets as we would like.”

Igiel said they have 75 season tickets that they’re making available for single game purchases but their allotment is sold out the next two home games.

A representative from District Ultras said the group wanted additional time for coordination with the other groups now that they have a new stadium home.

“We have a responsibility to ensure the safety and to guide the positive and productive atmosphere of the group and that requires advance organization with our own members, the leadership and members of the other groups and the front office,” said Carrick Baugh of the Ultras.

“We were open to creating access for our members to attend the next few games, but we’re not prepared to deliver what the group is known for delivering.”

Baugh said an example of the logistics they wanted more time to iron out — ones that affect the game atmosphere — include figuring out stadium acoustics. Baugh, who is a drummer for District Ultras, said that will determine the optimal percussion locations within the fan section so the sound carries as best as possible during home games.

Another concern includes making sure fan group members safely choreograph, deploy and wave the gigantic flags, banners and pictures — or tifo — in Audi Field since the seating grade there is one of steepest among MLS venues. 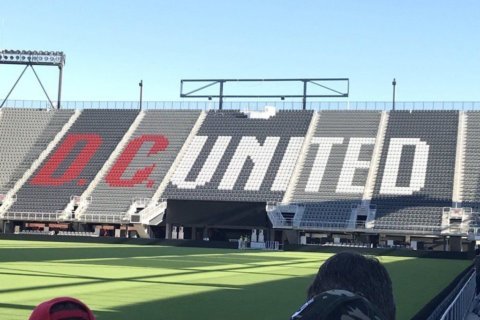 DC United, supporters’ groups come together ahead of 2nd game at Audi Field