The Interstate 66 Outside the Beltway project will see a fair amount of work being done on the overnights this weekend in Virginia, and there will be no Blue Line service from Metro as part of an ongoing project.
Listen now to WTOP News WTOP.com | Alexa | Google Home | WTOP App | 103.5 FM

The Interstate 66 Outside the Beltway project will see a fair amount of work being done on the overnights this weekend in Virginia, and there will be no Blue Line service from Metro as part of an ongoing project.

Here’s what you need to know if you’re traveling in the D.C. region this weekend.

The I-66 Outside the Beltway project will bring some lane closures during the overnight hours this weekend on the roadway.

Interstate 66 West at I-495 will be reduced to a single travel lane Friday from 10 p.m. to 6 a.m. The Virginia Department of Transportation said drivers should expect intermittent stoppages of up to 20 minutes during the overnight hours.

An ongoing citywide repaving project will have an impact on travel in four of the District’s eight wards.

Below is the District Department of Transportation’s description of work occurring between April 10 and April 24:

In Montgomery County, on MD 185/Connecticut Avenue at Jones Bridge Road/Kensington Parkway, there is an intersection improvement project. Expect single off-peak lane closures on MD 185 overnight, Sunday through Thursday, from 9 p.m. to 5 a.m., and single off-peak lane closures on Jones Bridge Road from 9 p.m. to 5 a.m., 7 days per week, through late summer 2023.

In Prince George’s County, the Forest Drive/Columbian Way crossover at MD 3/Crain Highway in Bowie is closed through the fall for roadway and stormwater management work. Motorists will be directed to the northern crossover at Sylvan Drive.

On MD 5/Branch Avenue from the D.C. line to the intersection of Curtis Drive, a safety and resurfacing project will cause temporary single and multiple northbound lane closures on weekends from 5 a.m. to 10 p.m.

Northbound and southbound single lane closures will be in effect at US 1 (Baltimore Avenue) College Ave. to MD 193 (University Boulevard) for a reconstruction project Saturday through Sunday, 10 a.m. to 4 p.m. and 9 p.m. to 7 a.m. through summer 2023.

The Metro news of the weekend remains the same as it has been for a while: The Platform Improvement Project keeps Blue Line service shuttered through May 23.

To make up for the lack of Blue Line trains, additional Yellow Line service will operate between Franconia-Springfield and Mt. Vernon Square.

Metro said trains will provide normal service to 87 of 91 stations. 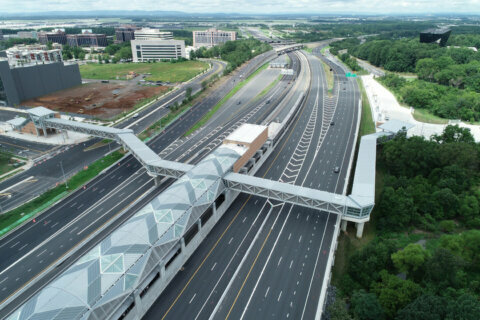 Weekend Road and Rail: Stops on the Beltway and I-66, Greenway closes for race 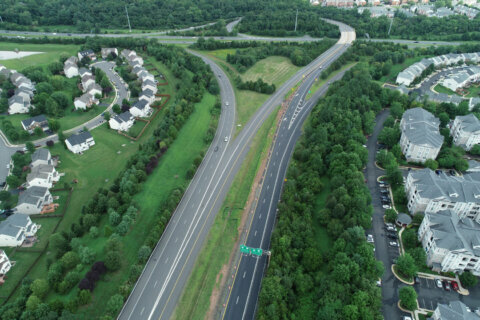