U.S. Route 15 runs from New York to South Carolina, traversing all of Virginia and Maryland. It’s one of the country’s most scenic highways.

But for commuters in Northern Virginia, much of it is a high-speed, two-lane road carrying trucks and cars, with little room for error.

Loudoun County is studying a 12-mile stretch of southbound U.S. 15 — from Leesburg to the Prince William County line — to determine whether traffic pattern or road configuration improvements could make travel safer.

A virtual public input meeting is being held Thursday evening.

The county is planning to build a roundabout on U.S. 15, at what is currently an intersection with Braddock Road.

In the past decade, several roundabouts have been built in Loudoun County on the highway to replace traffic lights and stop lights, including where U.S. 15 meets U.S. 50 at Gilberts Corner.

The county is already in the midst of acquiring land and designing a project to widen U.S. 15, from two lanes to four in a 5-mile stretch from Battlefield Parkway, north of Leesburg, to Montressor Road, near the town of Lucketts.

Recommendations about roadway and intersection safety, roadway design and traffic will be considered by the Loudoun County Board of Supervisors, while preserving the context of the historical highway.

The county expects the safety study will be completed by summer 2021.

Regardless of widening or reconfiguration contemplated by Loudoun County, changes to U.S. 15 in Prince William County seem less certain.

After years of discussion about a bicounty parkway to increase north-south capacity between Prince William and Loudoun, Prince William County removed the project from its Comprehensive Plan. Last month, an economic recovery task force recommended re-including the project. 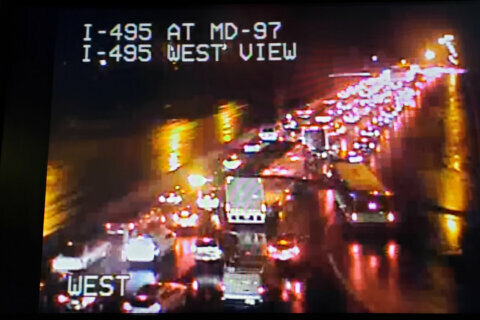