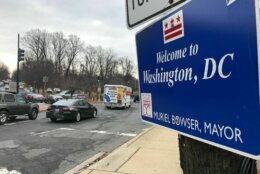 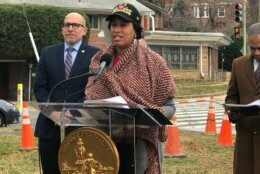 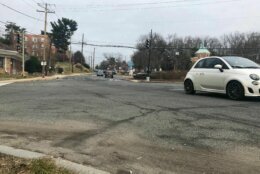 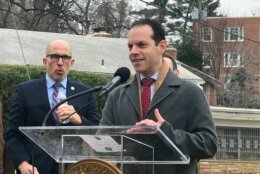 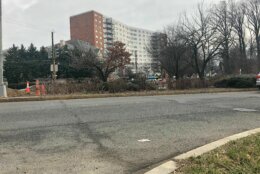 D.C. Mayor Muriel Bowser says it’s been a long time coming for improvements to a major corridor that connects the District and Maryland.

She spoke Saturday during a kickoff to construction on the 16th Street Northwest traffic circle that aims to make the area safer for those walking, biking and driving.

“Because of the number of accidents and crashes that we’ve had around this intersection on both sides of the line, we know that this is a problem that we need to get solved,” Bowser said.

The circle is located at the intersection of 16th Street Northwest, Colesville Road, Eastern Avenue and North Portal Drive Northwest.

Montgomery Council Council member Evan Glass has lived in the area for more than 20 years, and he said the circle is known for being dangerous.

“Neighbors have called it the circle of death, because you take your life into your own hands when you try to drive through it, walk through it, bike through it,” Glass said.

The project includes adding signals, realigning existing crosswalks and expanding sidewalks. It also will upgrade the area to make it easier to navigate for those with disabilities.

“In the morning, we would have so many accidents,” Lewis said. “I’m looking forward to this being a safer road to get around.”

Construction is expected to be completed by the fall.

Risky driving and fatal crashes surged in 2020, even with fewer drivers on the road, a new report finds