Electric bikes are returning to Capital Bikeshare sometime early this year. And it may be that they can be left anywhere.
Listen now to WTOP News WTOP.com | Alexa | Google Home | WTOP App | 103.5 FM

Electric bikes are returning to Capital Bikeshare sometime early this year, and they will likely include the option to leave them anywhere riders choose rather than only at a dock.

Lyft, which operates Capital Bikeshare for the region’s transportation agencies, launched a similar system in the San Francisco area last summer but had to pull those bikes from service after a series of fires.

It was not clear at that time whether the D.C. area version of the bikes would have the same features activated allowing riders to end trips anywhere in the Bikeshare service area they chose to lock the bike.

Now, Alexandria, Virginia, transportation documents indicate the bikes are proposed to include the “dockless” feature.

They will make up a small percentage of the total Capital Bikeshare fleet.

The plan has not yet been finalized, but under current proposals, Bikeshare members would pay an extra $1 fee to unlock a pedal-assist bike, and would pay an additional $1 fee if they ended a trip any place other than a docking station.

Capital Bikeshare’s initial electric bikes were a different model that proved popular, but were pulled from service over concerns about potential brake problems.

The new bikes are expected to roll out in the next few months, but the timeline has slipped before. 2nd chance for scooter operators that didn’t get DC permit 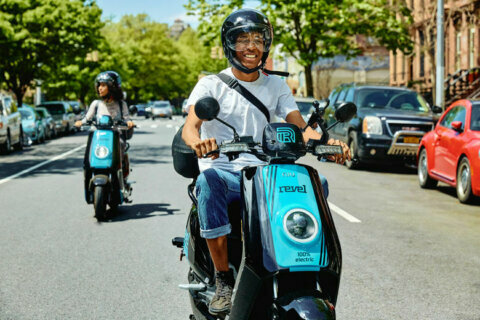