A Red Line shutdown in the District and single tracking on the Orange Line slow Metro service this weekend.

On the roads, the Interstate 395 HOV lanes are closed Friday night through sometime Sunday.

When the lanes reopen Sunday, they will become tolled Express Lanes where HOV or toll rules apply 24/7/365.

Arlington Memorial Bridge is also closed this weekend no matter how you want to cross it — driving, walking or biking.

From 10 p.m. Friday until as late as 5 a.m. Monday, the bridge will be shut down to flip traffic to the newly reconstructed half of the bridge. The three lanes and sidewalk that have been open will now be closed for the next year or so.

Starting next week, traffic will instead share the side of the bridge that usually carries inbound traffic. The traffic pattern will continue to be one lane in each direction plus a reversible lane between them.

Other construction is slated to close lanes in other parts of the region, including along Interstate 66 and D.C. 295, and a few road races and other outdoor events are planned despite the chilly weather.

Sunday afternoon, there could be additional traffic around FedEx Field for the battle of bottom-feeders between the Jets and Redskins.

The Ravens are also home at 1 p.m. for a more high-profile matchup with the Texans that could slow traffic near M&T Bank Stadium in Baltimore.

The Cleveland Park, Woodley Park and Dupont Circle Metro stations are closed Saturday and Sunday. Shuttle buses will be available between Van Ness and Farragut North.

Outside that area, Metro plans to run Red Line trains at regular frequencies between Shady Grove and Van Ness, and between Glenmont and Farragut North.

On the Orange Line, single tracking will reduce service between Vienna and Dunn Loring stations to every 24 minutes on Saturday and every 30 minutes on Sunday.

A shuttle train will run between Vienna, Dunn Loring and West Falls Church as crews double-check the conditions of the platforms ahead of a major closure next summer.

There is no scheduled work on the Silver, Blue, Yellow or Green lines this weekend.

Bus riders in Northern Virginia should expect continued service cuts on lines affected by a strike at the Cinder Bed Road garage.

The next negotiations are scheduled Wednesday, Nov. 20, and Thursday, Nov. 21, with a federal mediator. 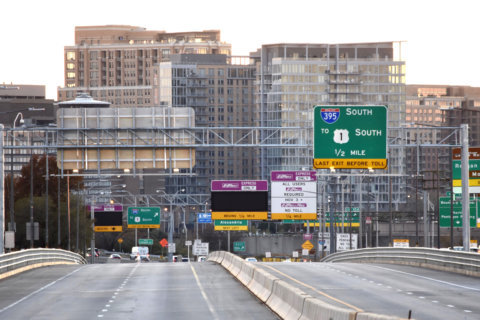 I-395 toll lane FAQ: What to know about the new Express Lanes