PRTC OmniRide is running on a modified version of its emergency plan due to a work stoppage that began Thursday morning. Service is ending earlier than usual.
Listen now to WTOP News WTOP.com | Alexa | Google Home | WTOP App | 103.5 FM

Thousands of commuters who rely on PRTC OmniRide face reduced service Thursday as the bus drivers’ union tried to negotiate a better contract for their workers.

Then, Thursday afternoon, OmniRide announced it was ending its local and Metro Express bus services early. Local bus service in the Prince William County and Manassas area in Virginia will end before 8 p.m. The last Metro Express from Franconia-Springfield will leave at 7:30 p.m.

The idea is to give drivers who are working Thursday enough rest to run buses Friday.

OmniRide plans to announce Friday’s service plans early the next morning once they see how many drivers show up at work. For the latest information on routes and schedules, visit OmniRide’s website.

OmniRide’s special shuttle buses to VRE during the Metro Blue and Yellow Line shutdown are not running Thursday.

Normally, during an emergency service situation, buses in the I-95 corridor take riders to the Franconia-Springfield Metro station. Since the station is shut down for the summer, buses took riders to and from the Pentagon instead.

Buses that normally take riders to the 14th Street corridor, Crystal City, Tysons or other locations in Northern Virginia and D.C. only went to the Pentagon, said OmniRide executive assistant Christine Rodrigo.

All buses affected by the service changes are free.

Buses that take riders to Metro stations or local buses that ferry riders in and around the Woodbridge area were not impacted by the work stoppage.

The Potomac and Rappahannock Transportation Commission bus system is operated by contractor First Transit, and the company has been negotiating with the drivers’ union since March. Though a tentative agreement was reached in June, the union membership rejected that offer.

On Tuesday, OmniRide officials learned the American Federation of State, County and Municipal Employees local had rejected an extension of the current contract beyond July to the end of September.

The union did not immediately respond to WTOP’s call, but union members protesting near a Dale City transit station spoke to WTOP on the condition of anonymity.

“We have no contract. They can’t come to an agreement with us and so we decided to have the strike,” one union member said. That union member also said OmniRide bus drivers are the lowest paid in the region.

“We enjoy what we do,” another union member told WTOP. “We’ve been doing this for years. I’ve been here for 20 years working for this company, but they cannot seem to come to the level of appreciation for the service that we’re providing.”

“Why would they not give us the minimum that we’re asking for, which is not unreasonable. It’s fair. And they have not come to a sit down with us to negotiate something that’s fair,” he said.

WTOP’s Neal Augenstein and Alicia Abelson contributed to this report. 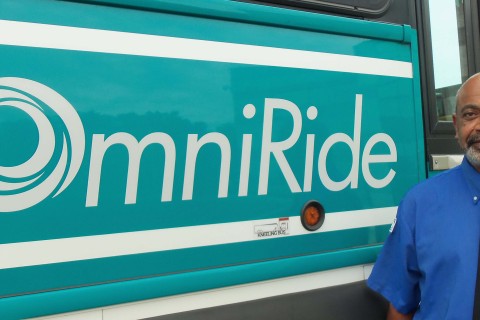 After 43 years on the job, Va. bus driver has seen it all 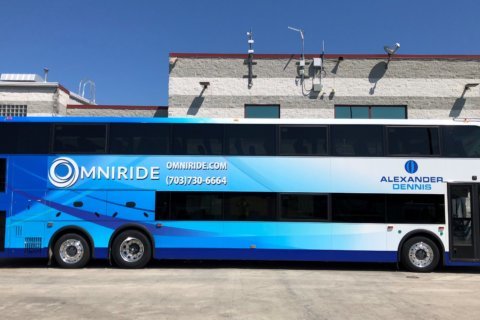