Southbound I-395 in Alexandria reopens after crash

The southbound lanes of Interstate 395 in Alexandria, Virginia, reopened Monday afternoon after a serious crash earlier briefly blocked all lanes.
(1/2) 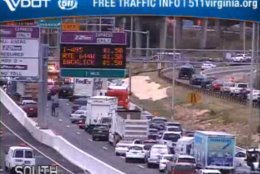 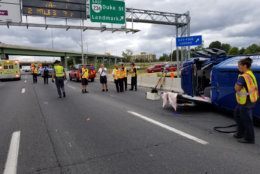 The southbound lanes of Interstate 395 in Alexandria, Virginia, reopened Monday afternoon after a serious crash earlier briefly blocked all lanes.

The crash, which happened about 1:15 p.m. near Duke Street/Va. 236, involved a dump truck and several other vehicles, and blocked all southbound lanes for about 45 minutes.

Shortly after 2 p.m., two lanes had reopened and bumper-to-bumper traffic was inching past the scene of the crash under police direction.

By 3 p.m., authorities had cleared the crash and all lanes had reopened with some delays persisting.

The crash spurred a large police response. Traffic camera footage showed a dump truck sideways on the road and another vehicle overturned completely.

At least one person was trapped in one of the vehicles and had to be freed by firefighters.

Alexandria firefighters took several patients to the hospital. Their conditions are unclear.

Members from Alexandria and @IAFF2068 worked to free the trapped occupant on I-395 near Duke Street. Several patients transported to area hospitals. pic.twitter.com/1EYAYFlu4V

At one point, the crash led authorities to briefly divert all southbound I-395 traffic from D.C. to Springfield onto King Street, but that is no longer the case. 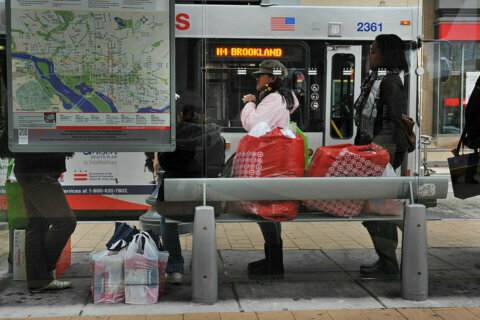