The proposed contract would require "warmer"-colored LEDs in many spots, rather than the white light that has been considered or used in some places.
Listen now to WTOP News WTOP.com | Alexa | Google Home | WTOP App | 103.5 FM

Virginia is planning major changes to streetlights with a switch of thousands across the state to brighter LEDs.

Though the change — due to be approved by the Commonwealth Transportation Board Wednesday — is projected to save on energy use, it has also raised concerns about additional light pollution that could keep people up at night or impact wildlife.

The proposed contract would require “warmer”-colored LEDs in many spots, rather than the extremely white light that has been considered or used in some places, meeting a request of the International Dark Sky Association.

This follows the nearly two-year development of a Virginia Department of Transportation strategy for street lighting, which had put the contract on hold. The new strategy discourages lighting entire highways, instead recommending new lights only around intersections in many cases.

The lights would be designed to focus downward more onto the street than current high pressure sodium setups, and would include new “smart” remote control systems that allow control of each light from an operations center based on time of day or traffic conditions.

The system also automatically sends an alert when a light goes out, and could allow for future dimming of lights overnight in park and ride lots, or little-used roads.

The District Department of Transportation is in the midst of similar planning for D.C. streets, and has faced similar lighting concerns. That project remains in development, but is expected to change all 75,000 of the city’s streetlights.

The city has promised to keep most lights at a color temperature of 3,000 Kelvin, the same as Virginia’s plan, which means matching the light from warm, white bulbs sold in stores.

Like the District, Virginia hopes to cash in on the projected energy savings from a switch to tightly controlled LED lights to pay for many of the changes.

The Virginia contract, financed through an energy savings program in state government, is projected to require little upfront investment from the state, with savings for VDOT of about $4 million over 15 years compared to traditional contracting.

Today, VDOT has more than 20,000 light poles across the state, 69 park and rides with lighting, 41 rest areas and numerous other lights.

The new lighting as part of this initial contract is expected to replace nearly 10,000 existing lights in the Fredericksburg, Richmond, Hampton Roads and part of Northern Virginia districts, mainly on highways and at interchanges, in park and rides, and rest areas and at weigh stations.

Any future new lighting across the state is also planned to be LED-only, as suggested by the General Assembly in state budget language.

Virginia actually took the first steps toward this contract more than five years ago, with an energy audit to identify the lights to replace as part of this deal.

A $15.9 million contract was put on hold in summer 2017 though, amid concerns about the health impacts of certain types of LED light.

A nearly two-year review led to the new VDOT lighting guidance issued this spring, and paved the way for this contract to be approved Wednesday.

The new 15-year contract is estimated to cost more than $17.3 million. 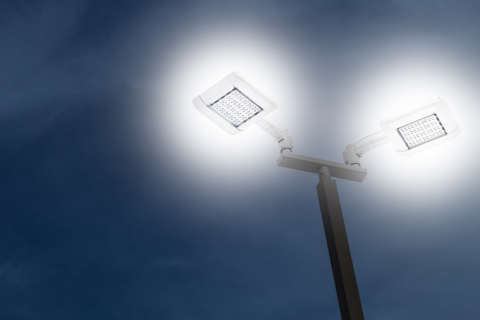 More LED streetlights to brighten DC, but some are wary 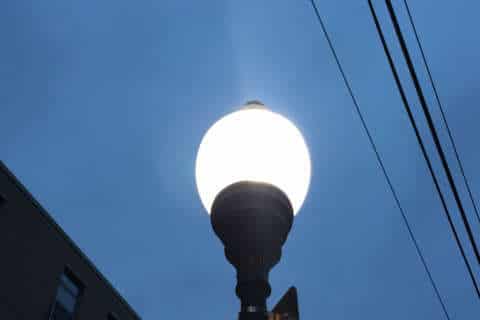 DC’s next generation of streetlights could solve brightness issues