Some drivers in Fairfax County, Virginia, could soon get exceptions to bans on rush-hour turns.

A state law passed this year gives the county permission, starting this summer, to issue permits to residents of neighborhoods otherwise engulfed in cut-through traffic to allow those residents to ignore the turn restrictions.

The permits likely will not be available until at least late 2020.

“This is quite a breakthrough because for years, we’ve not been able to use a tool like this to prevent people from cutting through but to let residents in,” said Fairfax County Board of Supervisors Chair Sharon Bulova.

Initially, the permits would be issued for residents of two neighborhoods in the Mason District — one off Sleepy Hollow Road and the other off Columbia Pike and Old Columbia Pike. But the new rules could increase support for new cut-through turn restrictions in other parts of the county.

“Some communities have rejected the cut-through restrictions just because they don’t want to be restricted from their neighborhood themselves, and so I do think we’d have a little bit more positive outcome from the community involvement given this,” said Allison Richter with Virginia Department of Transportation.

Adding new turn restrictions can be a two- to four-year process, including public comment and consideration of whether a turn restriction would simply push traffic to other neighborhood streets.

“It takes a while, but we really do need this … as a tool. There are examples around that, really — neighborhoods are being destroyed,” supervisor John Foust said.

A number of reviews are already underway for rush-hour turn restrictions at additional intersections in Fairfax County.

“Part of the issue here is things like Waze. And for a while, a street may be a cut-through, but then it may not be at some other point,” supervisor Linda Smyth said.

Setting up the permits and details of rules for exemptions is expected to take at least a year and cost $150,000. Permits would be free, at least initially, because of the cost of adding payment systems to the online application software.

The permits for cars registered in the affected neighborhoods would only be available in areas where turn restrictions are based on cut-through traffic concerns, not at locations where the no-turn rules were implemented for safety reasons. 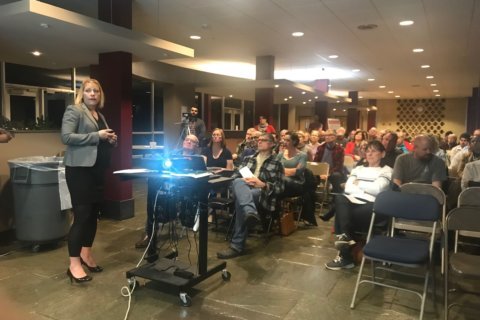 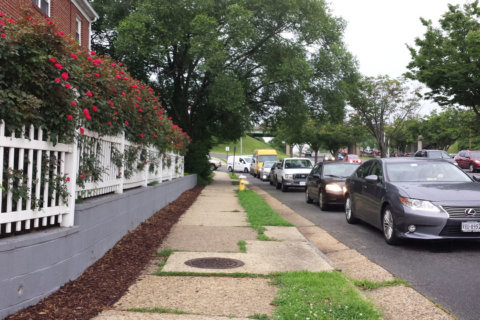