Va. considers how to spend next round of I-66 toll money

With tolls set to begin on I-395 in October and already underway for more than a year on I- 66 inside the Beltway, the Northern Virginia Transportation Commission is set Thursday to consider the next steps of how to spend part of the money.
Listen now to WTOP News WTOP.com | Alexa | Google Home | WTOP App | 103.5 FM

With tolls set to begin on Interstate 395 in October and already underway for more than a year on Interstate 66 inside the Capital Beltway, the Northern Virginia Transportation Commission is set to consider the next steps of how to spend part of the money.

New rankings of projects that could be funded with I-66 toll revenue starting this summer put these projects at the top of the list:

Improved PRTC OmniRide commuter bus services connecting Gainesville and D.C. or the Pentagon followed by additional bus service between Haymarket and Rosslyn take the next slots.

The applications total $32 million, with about $20 million available, so if the rankings are followed, other funded projects would include increased slug line, carpool and bus promotion in the Prince William County, Manassas and Arlington areas, and new Loudoun County bus service between Stone Ridge and the Pentagon and Purcellville and D.C.

Arlington County plans for an High Occupancy Vehicle and bus-only lane on Lee Highway in Rosslyn would be on the bubble, and bikeshare expansions in Vienna and Fairfax would be just outside the available funding.

Project rankings are based on congestion and diversion mitigation, cost effectiveness and local government priorities.

Public comment on the projects and their prioritization is expected online and in person in April and early May, before final approvals in June.

This is just the latest round of funding, with money already going to about 20 projects.

Projects set to be funded separately with toll revenue from I-395 toll lanes are due to be chosen later this year so that at least some of them are ready to go when tolls begin in October.

The I-395 HOV lanes are scheduled to be converted into round-the-clock HOV or toll lanes starting in late October.

The lanes private operator, Transurban, is working to extend the 95 Express Lanes south toward Fredericksburg. That project is expected to open in 2022.

On I-66, a different group of private companies is building two toll lanes in each direction and those lanes are due to open by the end of 2022.

A fraction of the toll revenue from both projects will help pay for transit improvements. 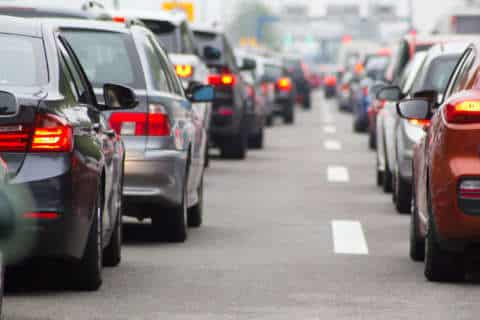