How I-66 toll money will be spent

WASHINGTON — A new express bus service to the Pentagon, on-demand shuttles to park-and-ride lots in Prince William County, better bike parking in Manassas, and a campaign to get more people to carpool or take transit are among the Virginia projects that will be funded this year through toll revenue from Interstate 66 inside the Capital Beltway.

The Northern Virginia Transportation Commission is scheduled to approve $12 million in projects Thursday night, including two new bus routes, improvements on three other bus routes and expanded access to park-and-ride lots. Another project included would expand Capital BikeShare around the Vienna and Dunn Loring Metro stations.

The 15 projects were selected from 17 applications; choices were made based on expected congestion relief, how much the project would mitigate impacts of trips diverted by tolling and the relative cost effectiveness of the project.

Drivers paid an average of $8.19 for an inbound morning trip in March, and $4.46 for an outbound afternoon trip.

These are the summaries of the selected projects provided by the commission:

Having proved popular when SafeTrack shut down Metrorail’s Orange Line, this express bus service carried passengers between the Vienna/Fairfax-GMU station and the Pentagon, a major employment and transportation hub. The project will fund restoration of this service, including the purchase of five new buses to provide 10 inbound morning and 10 outbound afternoon trips along the I-66 corridor each weekday.

Beefing up service on Loudoun County Transit’s successful Metro Connection bus route will increase ridership on the 88X, which operates daily between the East Gate park and ride lot and the Wiehle-Reston East Metrorail station during rush hour. This project will fund the purchase and operation of two new buses to extend service further west, past Dulles International Airport to the Dulles South park and ride lot, while maintaining bus frequency.

A lack of parking spots will no longer deter commuters from getting to Prince William County park-and-ride lots, where they can board OmniRide Metro Direct buses. The project will fund new software to allow PRTC to operate free on-demand shuttles between Gainesville/Haymarket neighborhoods and nearby commuter lots, as well as new vehicles, onboard vehicle hardware, transit operations and promotion.

This project will fund new express bus service and the leasing of at least 80 parking spaces to provide another travel option for commuters each weekday between Purcellville and the Wiehle-Reston East Metrorail station. Three new buses will provide a total of nine trips in both the morning and afternoon. This new Metro Connection route will give commuters a more reliable alternative to solo driving on I-66 inside the Beltway.

Improvements in reliability, access and comfort will make CUE a more attractive option for commuters traveling between the city of Fairfax, George Mason University and the Vienna-Fairfax/GMU Metrorail station. This project includes the funding of real-time transit arrival information and other bus stop enhancements. A marketing campaign will increase awareness of CUE’s services, making a multimodal commute a more viable option.

The restoration of direct Metrobus service between the West Falls Church-VT/UVA and East Falls Church stations will increase access to the Metrorail system and give commuters an attractive alternative to existing bus service. This project will fund the operations of additional Metrobus 3T bus service — featuring bidirectional, peak-period service with 20-minute headways — to run along West Broad and North Washington streets.

By closing this significant gap in the Fairfax County bike share network, commuters will have greater access to the Vienna/Fairfax-GMU and Dunn Loring-Merrifield Metrorail stations as well as the future I-66 bicycle and pedestrian trail. This project will fund 10 new bike share stations to improve connectivity between Tysons and Merrifield along Gallows Road and to Capital BikeShare stations in Falls Church via the W&OD trail. The bike docks will be situated in an area that includes the Gallows Road/I-495 intersection and Inova Fairfax’s campuses.

A rapid response to traffic incidents in the I-66 corridor will minimize backups and enable Arlington County to alert commuters about resulting delays. This project will fund enhancements to the county’s intelligent transportation system to reduce gaps in monitoring coverage, strengthen real-time situational awareness in the corridor, and allow for the sharing of information with commuters, VDOT and local law enforcement and emergency personnel.

To make optimal use of its intelligent transportation system, which minimizes backups in the I-66 corridor by allowing for a rapid response to traffic incidents, Arlington County needs to staff its traffic management center during business hours. This project will fund additional staffing to help the county centralize traffic data from field devices, evaluate the data to improve operations, and better coordinate with partner agencies such as VDOT and first responders.

Expanded transportation demand management outreach to the I-66 corridor

Having laid the groundwork to convince solo drivers to consider other ways of commuting, Arlington County Commuter Services (ACCS) is requesting more money for 66Commute. This project will fund new staff — one for marketing and one for outreach — to expand ACCS’s employer and residential interactions with a focus on promoting telework and flexible work schedules. Arlington Transportation Partners will provide, in kind, a quarter-time outreach person to complement the grant-funded staff. Reduced congestion and emissions, increased Metrorail ridership, and enhanced job access are among the benefits of this initiative.

New technology will increase the attractiveness of van pools in the I-66 corridor by providing flexible scheduling. This project will fund vanpool rostering and fare payment software — for both smartphone and desktop applications — to allow riders registered in one vanpool to ride with another and unregistered riders to catch a one-time ride.

As construction on I-66 disrupts the commutes of thousands of drivers, this Metro Direct bus service will be able to accommodate increased demand. This project will support OmniRide’s popular Linton Hall route, which runs between stops in Prince William County and the Tysons Corner Metrorail station, to cover the capital and operating costs associated with expanded service in the morning and evenings.

With parking at the Manassas Virginia Railway Express (VRE) station often at capacity, bicycle parking improvements will give commuters another way to access the station, increasing ridership on both VRE and Amtrak trains. This project will fund new, sheltered bike racks, 10 bicycle lockers and a bicycle repair stand to provide safe and convenient long-term bicycle parking options.

I-66 Commuter Choice marketing and outreach

NVTC will assume the responsibilities of coordinating outreach and marketing to encourage the use of transit and carpools for commuters using the I-66 corridor inside the Beltway. These efforts were previously managed and funded by the Virginia Department of Transportation. This initial funding will allow for the hiring of a project manager for I-66 Commuter Choice outreach and marketing to coordinate such efforts across jurisdictions, identify gaps in efforts, and initiate a campaign to expand knowledge of transportation alternatives along this corridor.

This effort will fund the administration, evaluation and oversight efforts necessary for NVTC to successfully manage the I-66 Commuter Choice program. As this is a competitive program with required reporting of near and long-term outcomes, these funds will support the call for projects, technical evaluation, financial and program management, and project and program evaluation. VDOT previously funded consulting services to support these efforts. This funding would move the efforts in-house to be managed and funded directly by NVTC. 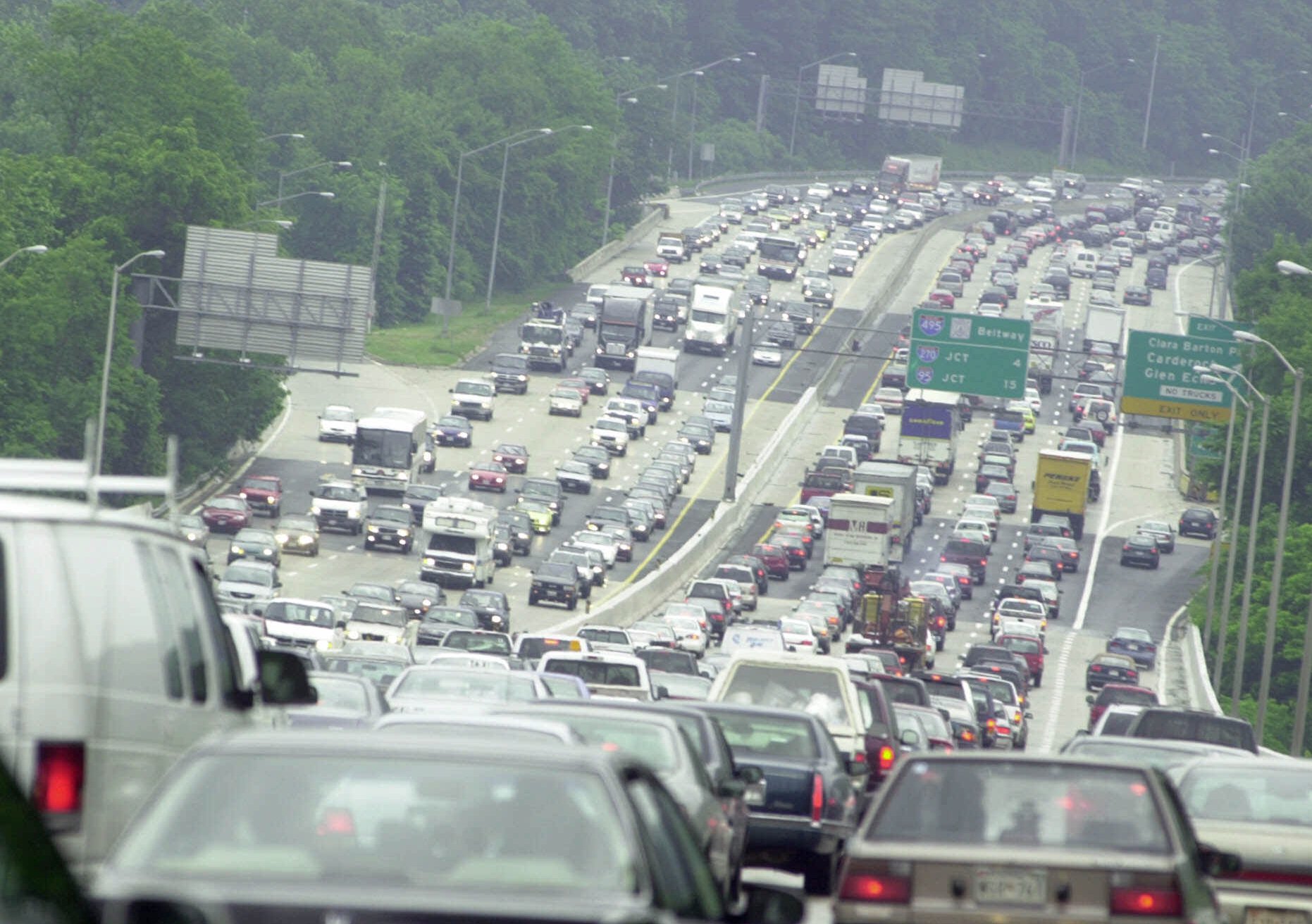