October: one of two most deadly months on nation’s roads

October is earning a reputation as one of the deadliest on the nation's roads and highways. It recently passed August as the second-deadliest month of the year.
Listen now to WTOP News WTOP.com | Alexa | Google Home | WTOP App | 103.5 FM

WASHINGTON — October is known for cooling temperatures and colorful fall foliage, but the month is also earning a reputation as one of the deadliest on the nation’s roads and highways.

“More people are killed in October than in any other month of the year, except for July,” said John Townsend, manager of public and government affairs for AAA Mid-Atlantic.

There were 3,700 traffic fatalities in October 2017 compared to 3,850 in July 2017, according to statistics compiled by the National Safety Council.

The busy summer driving months have long been near the top of the list of fatal crashes, but, in recent years, traffic volume has been building steadily in October. Last year, vehicles traveled 275 billion miles, more than any other October on record. Vehicles traveled 283.6 billion miles in July 2017.

October supplanted August as the second-deadliest month of the year for traffic fatalities.

The AAA Mid-Atlantic analysis points out that October is a month of diminishing daylight, in which each day of the month brings about 2 minutes and 30 seconds more of darkness.

Data also indicates that the number of pedestrian deaths rise in late summer and steadily increase in the fall months through December.

“We should be totally aware and not distracted when we’re driving,” Townsend said. 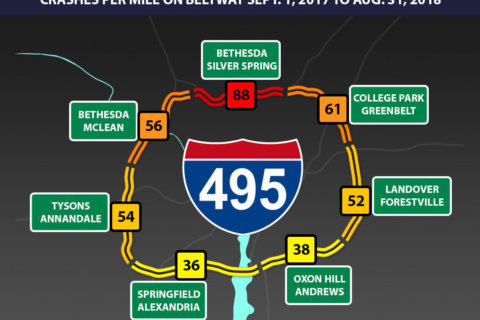 Only on WTOP: This is the most crash-prone stretch of the Beltway 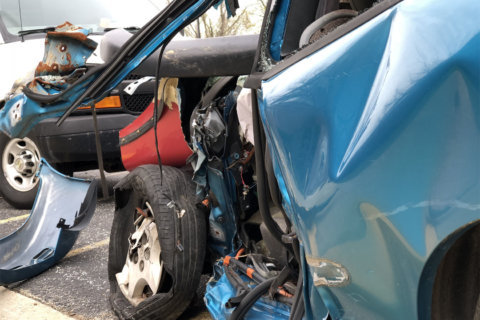 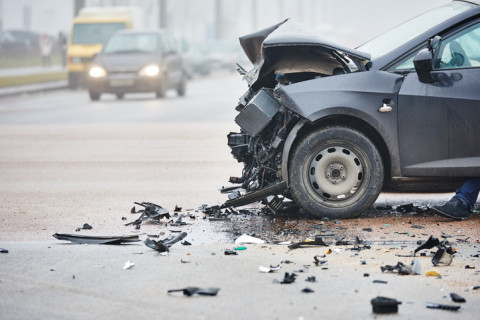 Local traffic fatalities up. Here’s how crashes in Va. and Md. differ