Flood-battered road in Northwest DC could take longer to reopen

WASHINGTON — A beat-up road on the fringes of Rock Creek Park could take longer to repair than first thought after getting pummeled by floodwaters late last month.

Broad Branch Road, a windy, wooded two-lane road that connects the Chevy Chase and Forest Hills neighborhoods to Beach Drive, was battered by flash flooding last Wednesday. In a short period of time, 3 to 4 inches of rain led to the nearby creek overtopping its banks and washing across the road in several locations, trapping some drivers and felling several trees.

Receding floodwaters revealed the extent of the damage: Several sections of the roadbed were undercut by the force of the water. Manholes were dislodged, culverts were exposed and cobbles were strewed across the pavement.

The most heavily damaged portion of the road between Brandywine and Davenport streets remains blocked to all but local traffic.

“We expect Broad Branch to be reopened before the end of August. The work being done is to repair the roadway infrastructure that was damaged by the storm, including repairing embankments and culverts,” said Lauren Stephens with the District Department of Transportation.

Broad Branch Road. Again, this is a road — but it is not one to be driven on. Not until the flash flood threat subsides. pic.twitter.com/7TCfTyntfh

DDOT had originally estimated a closure lasting about two weeks.

Erosion is a persistent problem on the milelong segment between 27th Street NW and Ridge Road near Soapstone Branch. The road was closed in 2016 after repeated heavy rains led to structural concerns along the creek. Road damage also occurred in 2011, leading to a weekslong closure.

“We are in the early stages of a long-term plan for the District to rehabilitate Broad Branch and install infrastructure to help mitigate future flooding events. In the short term, DDOT is working to make sure that residents are able to safely travel in the area,” Stephens said.

An environmental assessment was completed in 2013, but a planned rehabilitation appears to have stalled. The report concluded that the roadway was unsafe because of drainage issues and poor lighting. Uncontrolled runoff during heavy rain, the report stated, contributed in large part to the deterioration of the roadway.

Fixes to the small bridge that carries the road over Soapstone Branch, a tributary that feeds into Broad Branch near Rock Creek, were made several years ago after the culvert below the bridge failed. Warning beacons were installed to indicate flooding conditions. Water raced across the road and the flashing lights failed to activate during the latest round of flash flooding.

Broad Branch is one of several small urban tributaries that carry runoff from impervious surfaces of upper Northwest into Rock Creek.

Storm water during the latest round of heavy rain exceeded the capacity of a culvert below the Klingle Valley Trail, flooding the nearby picnic area and destroying several bioswales. The pre-existing culvert was not included in the stream restoration project completed last year.

As a part of the stream restoration project, a crumbling portion of Klingle Road, abandoned after decades of abuse from flash flooding, was converted into a paved trail. 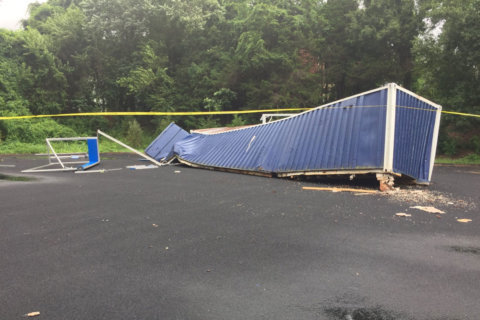 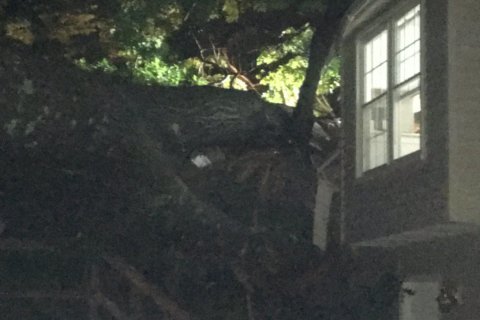 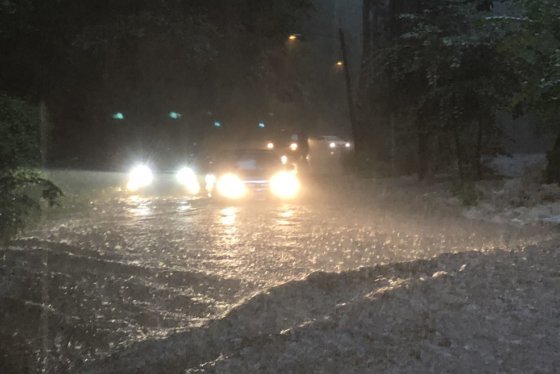 After an onslaught of showers and storms Wednesday night, roads are underwater and waterways are overflowing across the D.C. region. Here’s what you need to know.