Since the tolls and expanded HOV restrictions on I-66 inside the Beltway began in December, 171 drivers have been caught cheating the tolls, data provided to WTOP show.
Listen now to WTOP News WTOP.com | Alexa | Google Home | WTOP App | 103.5 FM

WASHINGTON — Since the tolls and expanded High Occupancy Vehicle restrictions on Interstate 66 inside the Capital Beltway began in December, 171 drivers have been caught cheating the tolls, data provided to WTOP show. 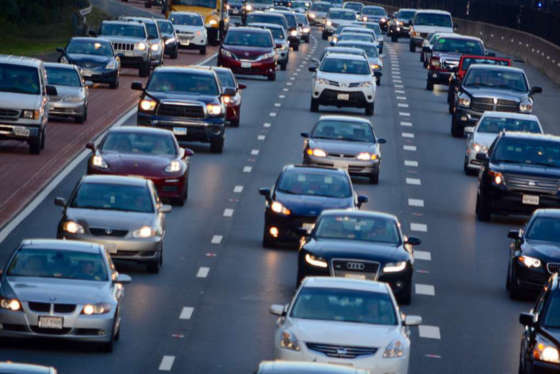 New data from VDOT show the move to tolling and expanded HOV hours on Interstate 66 inside the Beltway has boosted speeds in the morning, but it has had little impact on travel times during the heart of the afternoon rush hour.

That means that on about 0.007 percent of all trips in the lanes between Dec. 4 and March 30, the Virginia State Police said, drivers were using an E-ZPass Flex switched to HOV mode to get a free ride, even though the drivers did not actually have a second person in the car as required. The number does not include the number of drivers that troopers let off with a warning.

Before the start of tolls, Virginia transportation officials estimated that half or more of drivers using I-66 inside the Beltway during the 2.5 hours each way when it was HOV only were cheating.

Now, most drivers riding alone are no longer considered HOV cheaters during restricted hours, since they either pay a toll with an E-ZPass or get a potentially expensive bill in the mail for the cost of the toll plus penalties.

Only drivers who actively attempt to beat the system by getting an E-ZPass Flex and switching it to HOV mode without another person in the car are cheating (as well as those who accidentally forget to switch their E-ZPass Flex back to regular mode if their carpool buddy is sick).

The complicated steps required to even try to cheat in the lanes, and the expanded focus on the rules when tolls launched, similarly drove down police-enforced toll violation numbers in the 95 Express Lanes at the end of 2014 after they converted from HOV to HOV or toll lanes.

In February, the latest month with complete data available, the Virginia Department of Transportation said that 44 percent of drivers on I-66 inside the Beltway during hours where the HOV and toll rules apply traveled with an E-ZPass Flex in HOV mode, while 44 percent had an E-ZPass of some kind to pay the variable toll and 12 percent rode without an E-ZPass.

Including the 171 tolling violations, Virginia State Police have issued a total of 1,129 summonses to drivers on I-66 inside the Beltway since Dec. 4, State Police spokeswoman Corinne Geller said. That larger total includes tickets for speeding, reckless driving and other violations.

Public gets chance to weigh in on Md. toll lane plans