Dynamic rush-hour tolling on Interstate 66 inside the Beltway began just over a month ago. Here's how much solo drivers paid during the first couple of weeks of tolling.
Listen now to WTOP News WTOP.com | Alexa | Google Home | WTOP App | 103.5 FM

WASHINGTON — As commuters and local officials continue to call for relief from new tolls on Interstate 66, state transportation officials released new data that shows toll-payers are shelling out less than the estimated average of $17.

During the first two weeks of tolling, solo drivers paid $13.48 on average for a round-trip, down from $14.28 over the first four days of tolling.

Dynamic rush-hour tolling on I-66 inside the Capital Beltway began just over a month ago on Dec. 4.

The numbers were part of a status report that Virginia Deputy Transportation Secretary Nick Donohue presented to members of the Northern Virginia Transportation Commission at a meeting Thursday.

The commission had previously tabled a resolution calling for changes to the tolls after some drivers paid more than $40 to use the lanes. Fewer than 50 drivers paid such high tolls, according to state figures.

And at its meeting Thursday, the commission opted to hold off on such a request and instead asked that the transportation secretary update the commission in May or June — when several months of tolling and commuting data would be available — on how the changes have impacted commuting patterns, especially any shifts to transit.

Virginia officials have said the tolls and longer HOV hours are intended to move more people along the I-66 corridor through carpooling and transit.

But a WTOP survey of commuters found that many are unwilling, or unable, to park their cars. Instead commuters said they are taking other routes, leaving earlier or paying the tolls.

Still, Donohue said that the tolls and changes to the HOV hours are already improving the trip for commuters whether they use I-66 or other arterial roads like U.S. 50 and the George Washington Memorial Parkway.

State officials have said they will continue to monitor the price of tolls and speeds along the corridor to ensure they are working as planned but have resisted calls for changes. 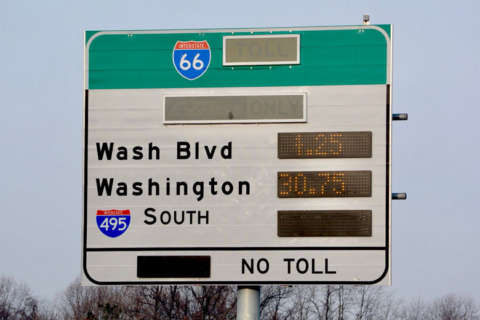 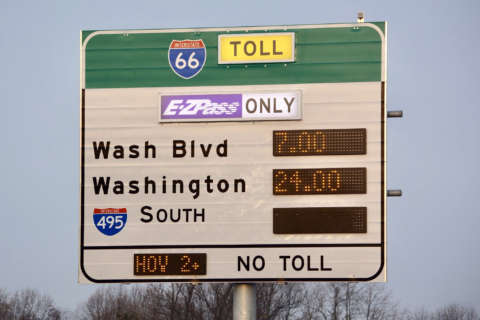 Survey: For some commuters, I-66 tolls a better option than transit