WASHINGTON — Living closer to work or getting thousands more people to telework or ride transit were among the highest scoring ideas for the D.C. area’s future in a new regional review that suggests a new outer crossing of the Potomac River northwest of the clogged American Legion Bridge would do little to help regional congestion.

The Transportation Planning Board review of 10 broad concepts that a task force will narrow down in coming weeks aimed to identify the pros and cons of everything from adding toll lanes across the region to expanding rail service. 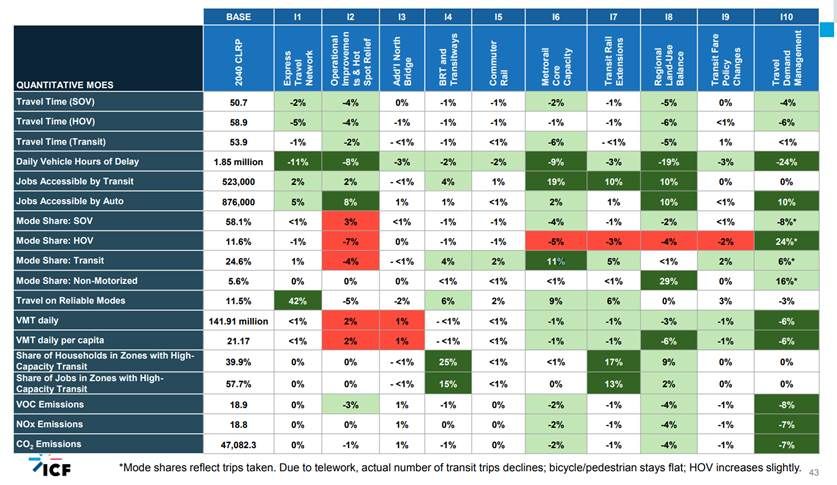 “It is not something that can be answered that this one of the 10 does the most for the overall thing,” Transportation Planning Board staff director Kanti Srikanth said Wednesday after the release of the analysis.

However, when considering some of the most significant concerns, such as the length and amount of regular traffic jams and the projected number of miles each person drives, changes to simply reduce the number of people taking longer trips or keep people from getting on the roads at all scored highest. 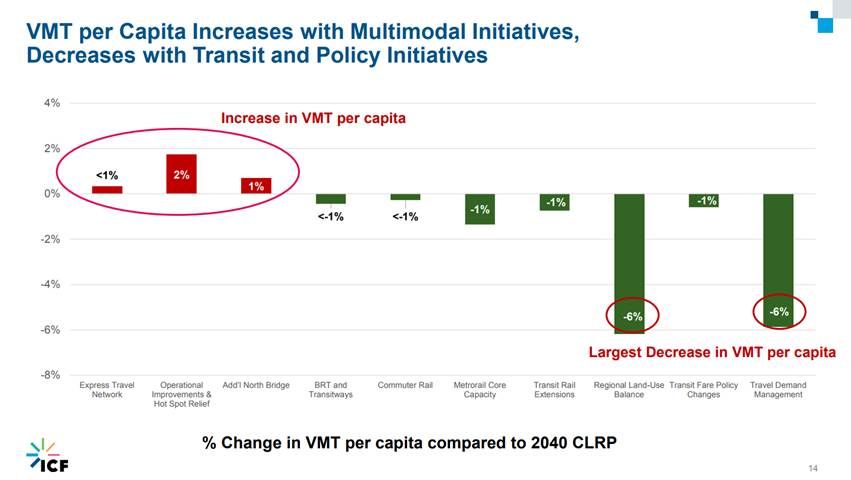 “Travel Demand Management” efforts, such as doubling the number of people who telework on a regular basis, ensuring more people have access to transit or car pool subsidies, and requiring commuters pay to park at all downtown-type locations throughout the region, would cut expected delays in 2040 by 24 percent, while lowering projected vehicle miles traveled per person by 6 percent.

Changing regional land use to ensure more jobs and affordable housing are closer together scored second best by the daily vehicle hours of delay and the per capita vehicle miles traveled measure.

The two also scored best for the projected amount of time shaved off average commutes — three to four minutes compared to the expected 2040 average of 51 to 59 minutes.

An additional northern crossing of the Potomac River, which Montgomery County has repeatedly rejected, would potentially provide slight improvements for some bottlenecks and certain traffic issues, but would significantly increase roadway repair needs given all of the new roads that would connect to the project, negatively impact the environment, and force development of open space in Montgomery County’s agricultural reserve, the analysis finds. 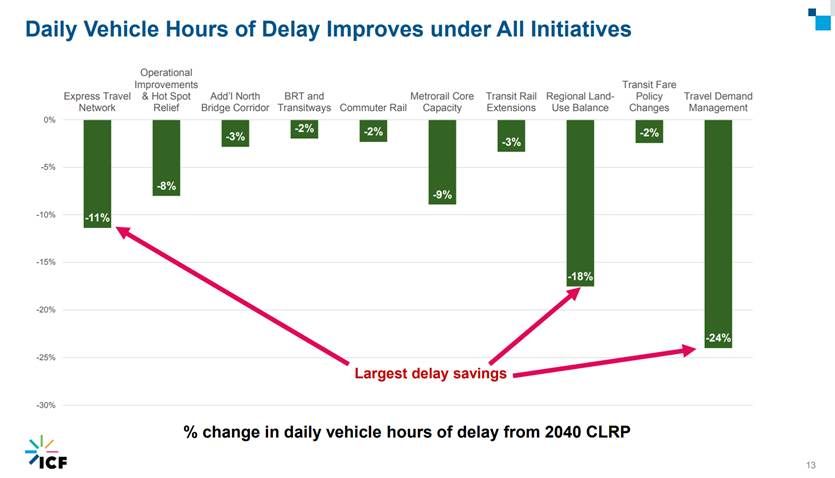 Among auto-focused projects, smaller construction projects to deal with bottlenecks or a significant expansion of express lanes across the region scored better based on the assumptions incorporated into the analysis. While the Express Lanes scored well for reducing certain vehicle hours of delay, they are simply projected to lead to people using that extra time for a longer-distance commute. 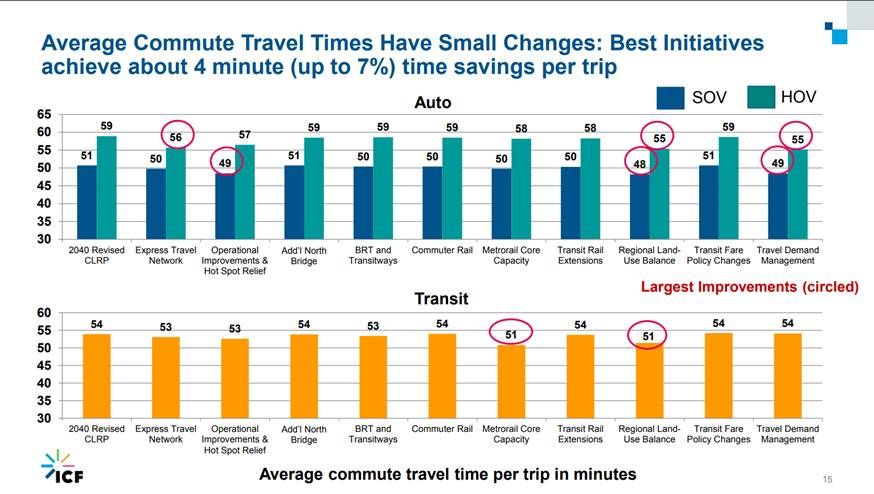 Commuter rail improvements and other transit extensions generally scored better overall in addressing the region’s 14 challenges than the auto-focused projects, although any Metro improvements would come with concerns about adding to the system’s already significant maintenance backlog.

Most of the proposals and assumptions require trade-offs, Srikanth said

“We need to address all of these challenges if we are to achieve our transportation goals,” he said.

If the full regional Transportation Planning Board endorses one or more of the ideas next month, it could prompt further studies and analysis of how to actually push for any of the changes.

“How much might we want to turn the dial to have an impact at the regional level?” Srikanth said leaders will have to figure out.

The task force narrowing down the options for the board has not yet decided which options will be in and which will be out of final recommendations. 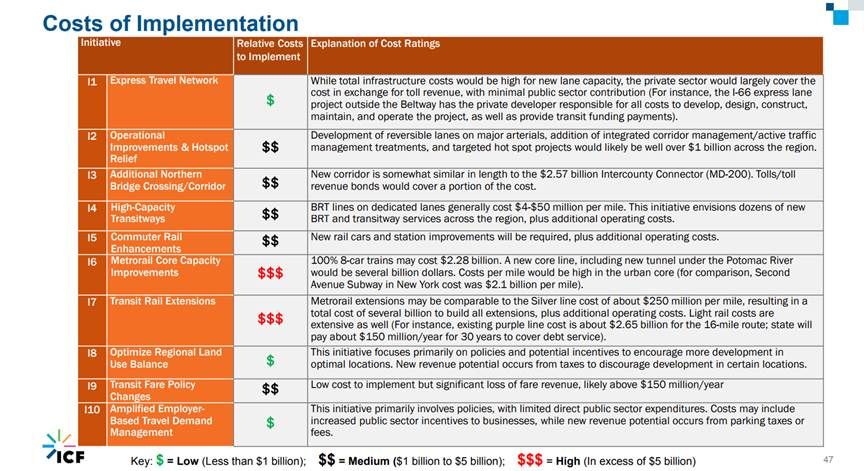 Transportation Planning Board will study new crossing over the Potomac