“They are things that were not included in the project itself, but things that can benefit the corridor — add-ons if you will to enhance the value of the project,” Fairfax County Transportation Director Tom Biesiadny said.
Listen now to WTOP News WTOP.com | Alexa | Google Home | WTOP App | 103.5 FM

WASHINGTON — As supervisors expressed concern about a lack of specifics regarding potential changes to plans for Interstate 66 toll lanes outside the Beltway, Fairfax County leaders Tuesday endorsed millions of dollars’ worth of projects that could be built with money tied to the project.

The additional work — funded by $500 million the private company designing and building the lanes is due to give the state this summer — must be along the I-66 corridor and benefit people who will be paying the tolls when the lanes open in 2022.

“They are things that were not included in the project itself, but things that can benefit the corridor — add-ons if you will, to enhance the value of the project,” Fairfax County Transportation Director Tom Biesiadny said.

The county’s suggested projects include additional ramps to and from the new express lanes, interchange improvements beyond the initial plans and work on parallel roads.

The highest-priority projects listed are:

Like the Interstate 95 and Interstate 495 Express Lanes, the lanes will be free for people with an E-ZPass Flex flipped to HOV mode and at least three people in the car.

On changing Express Lane designs, complaint of a “vacuum of information”

Pieces of the overall I-66 Express Lanes project are still drawing significant concerns from several supervisors.

“There is a concern about how much information will be available,” Linda Smyth said.

As part of a formal letter set to be accepted Wednesday at a regional transportation planning meeting, the board opposed allowing trucks to use the entrance and exit ramps for the new lanes near the Vienna Metro station; supported considering some revisions to the original design at Nutley Street if there are minimal traffic impacts; supported changes to keep ramps to or from the Beltway closer to the existing roadways; and raised other concerns about trucks in the lanes.

The Transportation Planning Board had agreed last month to let the county block pieces of the project it opposed for certain exit and entrance ramps.

Plans for specific parts of the I-66 Express Lane project are still evolving as the private team that is set to design, build and operate the lanes considers alternatives. While some of those changes have detailed engineering drawings, other ideas are not expected to be completely sorted out for months. A final design public hearing is planned in the fall.

“Some of these new options that have been put on the table by Express Mobility Partners, we’re not going to have much more information for our June information meetings. … The 3-D model that we thought we were going to have yesterday for our Dunn Loring meeting isn’t done,” Smyth said.

“We are dealing with a vacuum of information about the designs, and it doesn’t seem as if we’re going to get them much before the public hearings this fall, and that’s troubling,” she said.

Express Mobility Partners and the Virginia Department of Transportation are meeting with neighborhood groups and others to share information they do have on any changes to the VDOT plans that were outlined last year.

Board of Supervisors Chairman Sharon Bulova hoped the “exceptional community
engagement” of the supervisors and others would continue on the project.

Construction could begin late this year on areas where there has been less opposition to changes.

“I-66 is our most congested corridor, and it’s a complete disaster,” Supervisor Pat Herrity said, adding that there are always going to be compromises to get fixes through.

“What we’re going through now are the pros and cons of a quick solution, because design-build comes with a cost and it comes with a benefit. You get to a solution a lot quicker, but at the same time there’s a lot less time for citizenry to get involved and react.”

In Smyth’s view, the changes have been significant.

“It’s more than just details. If you’re redesigning the whole Nutley interchange, that’s not details. That’s the whole interchange,” she said. “We really need to put on record concerns about the changes that have been proposed without enough time to really digest them.”

Supervisor Cathy Hudgins wondered about the impact of the new lanes in neighborhoods where people get off of the highway.

“I do see the importance of the project. I’m just wondering what century we’ll move into to see how to do something with all of those cars that get on the wider lanes and come into the areas that we have here for work,” she said.

“It may be a stage of improvement, but a much better alternative has to be thought of … because it still means the same amount of congestion that we all see that’s brought from that area.” 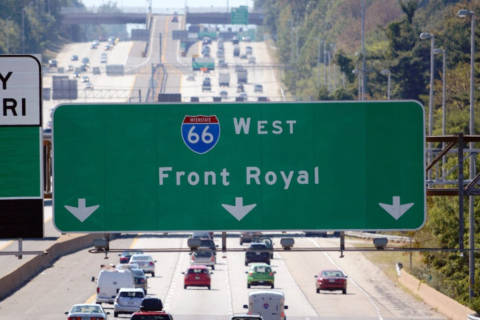 Q&A: I-66 toll lanes west of the Beltway