A second victim in has succumbed to his injuries after Wednesday's fatal U.S. 50 crash where a woman drove head-on into traffic.
Listen now to WTOP News WTOP.com | Alexa | Google Home | WTOP App | 103.5 FM

ANNAPOLIS, Md. — A second victim involved in the Anne Arundel County fatal crash Wednesday has succumbed to his injuries after being hit head-on while traveling on U.S. 50.

The second victim was identified as Robert Skidmore, 66, of Cape St. Clair, Maryland.

He was pronounced dead by emergency medical personnel at the R. Adams Cowley Shock Trauma Center in Baltimore.

Skidmore was driving a silver 2016 Mercedes SUV eastbound on U.S. 50 when he was hit head-on by a vehicle traveling in the opposite direction.

Laura Ashley Murphy, 22, of Salisbury, was the driver of the black 2017 Volkswagen Tiguan involved in the crash.

She was pronounced deceased at the scene.

For unknown reasons, Murphy was driving westbound in the eastbound lanes of U.S. 50 in Annapolis.

The other passenger in Murphy’s vehicle was her son, a 14-month-old infant.

He was flown by a state police medevac helicopter to Johns Hopkins, where he is currently receiving medical treatment for injuries sustained in the crash.

The third vehicle involved in the crash was driven by Anthony Stanley, 59, of Bowie. Stanley was driving a 2016 Nissan 350-Z, which sustained minor damage. He was uninjured in the crash.

Shortly before 1:30 p.m. Wednesday, troopers from the Annapolis barrack responded to multiple calls reporting a vehicle traveling in the wrong direction on U.S. 50 at Md. 2, in Annapolis.

As troopers dispatched, additional calls were received reporting the crash. Arriving troopers found fire and rescue personnel on the scene attending to the victim, who was pronounced dead at the scene.

Preliminary information indicates that Murphy was driving westbound in the eastbound lanes of Route 50, approximately one-quarter mile east of the Severn River Bridge, when the crash occurred. It is unknown where Murphy initially entered onto U.S. 50 at this time.

Murphy’s vehicle crashed head-on with Skidmore’s SUV, which came to rest on the side of the highway in a wooded area.

He was trapped inside the vehicle.

EMS providers on the scene requested a GO-TEAM response.

Shortly after 4:00 p.m., Skidmore was extricated from the vehicle and transported by state police medevac to Shock Trauma, where he later succumbed to his injuries.

The Maryland State Police Crash Team is conducting a detailed crash reconstruction, and the investigation continues.

Woman drives into oncoming traffic in fatal US 50 crash 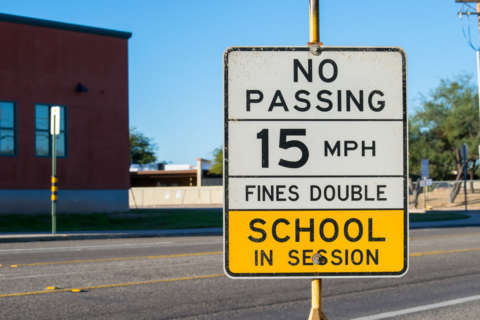