As gas prices fall, so do regional gas-tax revenues. Northern Virginia lawmakers are planning another push to put in a floor, similar to the state gas tax. Some are painting the move as fixing an oversight; others say it's a straight tax hike.
Listen now to WTOP News WTOP.com | Alexa | Google Home | WTOP App | 103.5 FM

WASHINGTON — Northern Virginia lawmakers are planning another push to raise the minimum local gas tax in the region.

On a bus tour of a series of transportation projects, Democratic state lawmakers said they would again push this year for a proposal to institute a floor on the regional 2.1 percent gas tax, similar to the minimum set statewide when Virginia changed its gas tax structure in 2013.

Since gas prices dropped sharply in 2014 and remain below $3, the regional portion of the tax has fallen off just as much.

Del. Vivian Watts, D-Dist. 55, a former state transportation secretary, said the push for a floor on the regional part of the gas tax, to ensure a minimum level of funding, will come up again in the General Assembly session that begins next week.

“The state gasoline tax change that was done in 2013 had a floor. [It was] essential that we had a floor. And it was not put on for either Hampton Roads regional taxation or for [Northern Virginia] … the precedent is there; we desperately need to do it,” she said.

Other members of the House of Delegates said they expect that the Republican-led body will again reject the measure, which the Senate approved last year.

While the McAuliffe administration has called the change fixing an oversight, many Republicans in the General Assembly have called it a tax hike that they do not want to support. The Senate bill was carried last year by Republican Frank Wagner, from Virginia Beach, the other area that qualifies for a regional transportation tax.

“This is an exaggeration, but we all drive an hour for work. In parts of Virginia they go 40 miles in a pickup truck. In Northern Virginia, it’s more like 12 in a Prius,” Sen. Dave Marsden, D-37, said Thursday. It was an attempt to explain the disconnect between lawmakers in more urban or close-in suburban areas who do not see an issue with raising gas taxes to fund projects and lawmakers in exurban or rural areas who count the costs in dollars rather than cents.

The money from the tax goes specifically to projects in the region and is only collected in the two densely populated areas.

“The revenues that we have available for operating transit have been dramatically reduced,” Northern Virginia Transportation Authority Chairman Mary Nohe said.

The Prince William County Supervisor said a floor remains a top priority for the region in the General Assembly session.

“PRTC, Fairfax Connector, Metro, every transit organization we work with has not just plans for expansion, but a desperate need for expansion. We can build all the garages, we can purchase all the buses and train cars that we want, but until we have money to put drivers and fuel into those buses, the purchase of that equipment doesn’t really matter,” Nohe said. 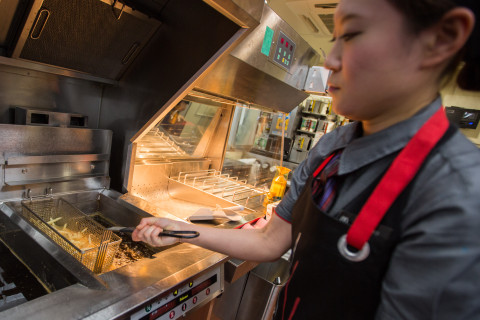