WASHINGTON — Metro has announced changes to its staffing to help its rail system be prepared for fire emergencies.

Beginning in June, a uniformed fire officer will be stationed at Metrorail’s control center 24 hours a day, seven days a week to help coordinate emergency communication between Metro and first responders. The staffing would more than double the hours that a fire liaison is at the Rail Operations Control Center — the “heartbeat” of the rail system that controls the train movement, said Metro Transit Police Chief Ron Pavlik.

As it stands, fire liaisons are staffed at the ROCC 80 hours a week and during special events.

Metro General Manager Paul Wiedefeld announced the change Monday — less than two weeks after a fire incident on the Red Line between Van Ness and Medical Center. Metro has been plagued by other fire and smoke incidents over the last year and a half, including the L’Enfant Plaza smoke incident in January 2015 that led to one woman’s death as well as a transformer fire in September at Stadium-Armory.

It has been less than a year since Metro began the fire liaison initiative, and Prince George’s County Fire Chief and Chair of the Metropolitan Washington Council of Governments Fire Chiefs Committee Marc Bashoor said he has seen improved communication as a result, and looks forward to even more coverage.

“We know that emergencies can happen at any hour, and that’s why I could not be more pleased that we have reached an agreement to expand the position around the clock for the safety of Metro passengers and employees,” Bashoor said in a news release.

In addition to coordinating emergency response, the fire liaisons develop policy recommendations and provide emergency training for rail controllers. The liaisons have experience working for the Washington Metropolitan Area Transit Authority, so they are fluent in terminology for both fire and rescue as well as the rail system.

The expanded hours are made possible as a result of a new Memorandum of Understanding between Metro and MWCOG.

Watch a video about the position below: 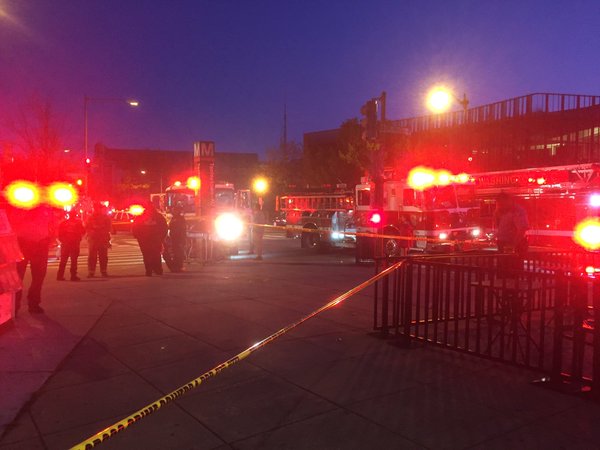