WASHINGTON — Metro says making the fixes needed after Monday’s transformer fire could result in six months of significant delays at all times of day — including rush hour — for Metrorail riders.

Deputy General Manager Rob Troup says he expects it to take six months to repair the substation at RFK Stadium, which has been out of service since the fire broke out during the Monday morning commute, shutting down portions of Metro’s Blue, Orange and Silver Lines for most of the day.

Metro has patched power from other substations in order to keep trains moving through the area, but only at reduced speeds and frequencies.

Riders on the lines say the delays have been much longer than that.

Normal headways for the Orange and Silver lines are 6 minutes at rush hour.

Troup says Metro is analyzing ways to cut down on all of the trains holding at stations and other delays, including having trains skip the Stadium-Armory stop in the outbound direction during the morning commute and in the inbound direction in the evening.

Other options commuters could consider during the delays include taking buses, riding MARC and VRE trains, and driving to Red, Green or Yellow Line stations instead of Blue, Orange or Silver Line stations.

It is not clear how far along the lines the delays will consistently ripple to the western ends.

Troup said after the Metro Board’s Safety & Security Committee meeting Friday that there are no plans to turn trains around in the middle of the line, because he says that would be too disruptive. 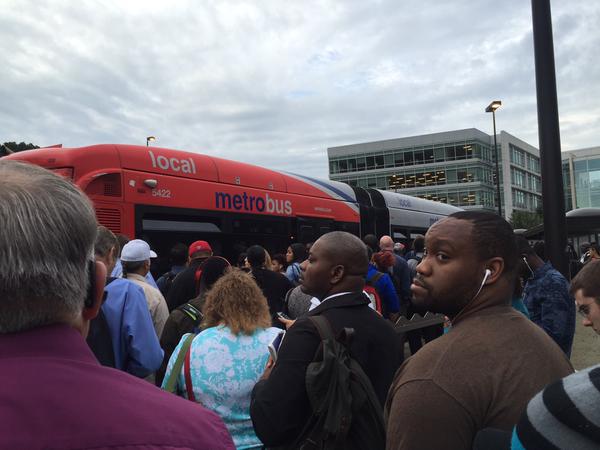