WASHINGTON — Metro’s Board of Directors unanimously passed an operating and capital budget on Thursday, but deferred a final decision whether to take advantage of an option to buy additional replacement railcars until June.

Meanwhile, the first shipments of the modern, 7000-series cars continue to roll in. And Metro Interim General Manager Jack Requa announced Thursday that the new cars will begin running on the Red Line at 7 a.m. June 8 at the Shady Grove station.

Metro has purchased 528 of the 7000-series railcars, but the transit agency has until late July to decide whether to purchase another 220 at a price of less than $2 million per railcar. Maryland, the District and Virginia have agreed to pay for the additional new cars.

Metro wants to use that extra order to replace the 5000-series cars, which are due for a mid-life overhaul. But first, the Federal Transit Administration must agree to the plan.

The already purchased cars will be replace the original 1000-series plus the 4000-series cars. All three classes have had safety and maintenance problems in recent years.

“We want to be more reliable and the 5000-series cars are the least reliable in the system. There are 192 of them and we either have to do a mid-life overhaul or we need to replace them at an earlier date. We want to replace them,” Requa says.

Metro officials have expressed frustration at the lack of a decision from the FTA, but are cautiously optimistic.

Metro board Chair Mortimer Downey will meet with the FTA next week.

“July 26 is the deadline for exercising the (purchase) option. I’m not trying to light a big fire under the FTA, but they have to give us an answer and then we can move ahead,” says Downey.

But he doesn’t know which way the FTA, which would pay for the maintenance overhaul, will decide.

Requa also told reporters he didn’t have a good read one way or another on the decision. But other board members remain confident.

“It’s probably at 95 percent. There’s always a possibility that people decide otherwise, but the probability is that we’re going forward and then we have to decide how to use the cars,” says Maryland board member Michael Goldman.

There were also two, last-minute changes made to the budget on Thursday.

The board decided to continue to accept the monthly Transit Link cards on Metro, which are popular among MARC passengers.

The board also agreed to study whether or not to eliminate the 5A bus route from D.C. to Dulles International Airport. The study was a compromise reached after Goldman expressed reservations about spending Maryland dollars on this route now that there is bus service to the airport from the Wiehle-Reston East Station. The report should be completed in January.

The board also voted unanimously to issue a moratorium on accepting all viewpoint or issue ads until the end of the year.

Downey introduced the proposal after the “Draw Mohammed” controversy earlier this week. He would not comment about the decision, citing the possibility of litigation over the issue.

The American Freedom Defense Initiative submitted an ad to Metro depicting a cartoon of the Prophet Muhummad – it was the winning drawing at a cartoon contest in Texas  where two gunmen opened fire and were subsequently were killed by security.

Transit authorities in Philadelphia and New York have made similar decisions on such ads.

“There is a lot of advertisements submitted that are challenging. I think the board wants to take a six months reprieve, reassess our policy, assess the impacts of advertising from a financial standpoint and a public acceptance standpoint,” says Requa.

Listen to the full meeting here.

Group hopes to advertise on Metro with images of Muhammad 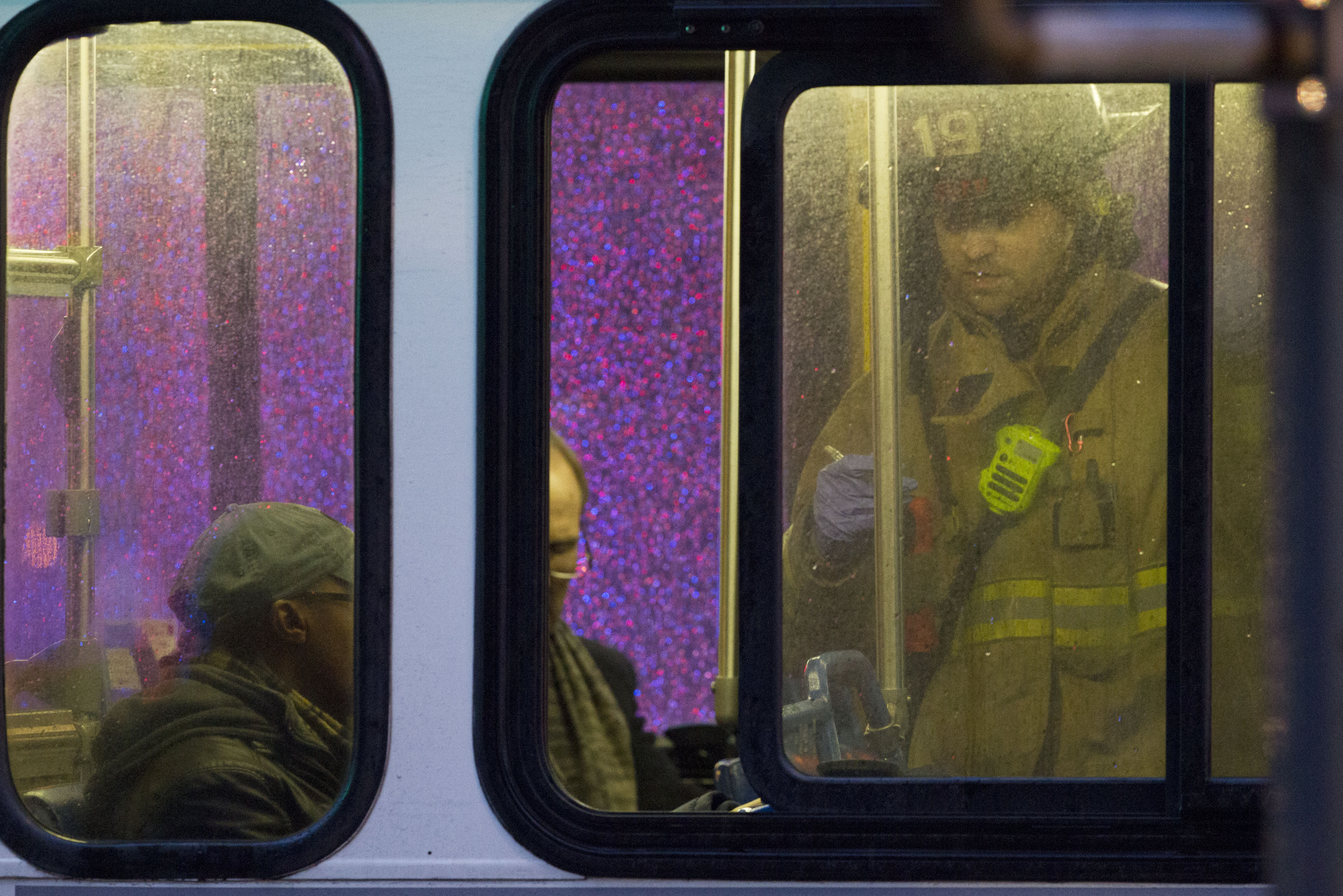