Holidays: 'Enchant' shines with millions of lights in Nats Park | Where to see holiday lights | Send in photos of decorations | How to give greener this season
Home » Crime News » Anne Arundel Co. police…

Police in Anne Arundel County have identified the victim of a deadly shooting early Sunday in Odenton, Maryland.

Alexander Leon Gray Jr., 38, of Glen Burnie, was found dead inside a doorway in the 1500 block of Annapolis Road.

A large party had been advertised as running from midnight to 5 a.m. Sunday at what was described as a business in the basement of a commercial structure on Annapolis Road. Officers responded to the shooting around 2:30 a.m.

When officers arrived, police said, there were at least 60 people “exiting the business and scattering about the parking lot.” Another person who had been shot and bleeding was part of the crowd trying to get away, they said.

The crowd, police said, would not allow officers into the business, and “was actively impeding officers from rendering aid to either victim.”

Eventually, police said, there were enough officers to push the crowd back so crews could get to the victims.

The other shooting victim, who was only identified as a 30-year-old man from Glen Burnie, was taken to a trauma center. His wounds were described as serious but not life-threatening.

Anyone with more information on the shooting is asked to call Anne Arundel County police detectives at 410-222-4731. Anonymous tips can be provided by calling 410-222-4700. 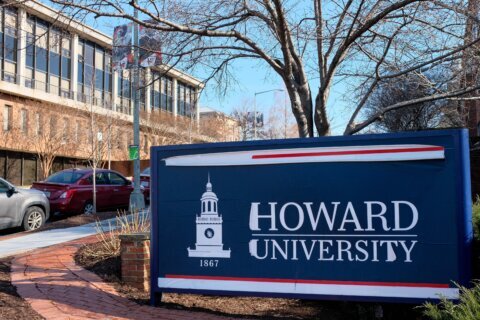