A 14-year-old boy has been arrested after a Wednesday night shooting on a basketball court in Germantown, Maryland, that left one man dead and three minors hurt.

Another minor was also taken into custody but not charged.

In total, four people were injured in the shooting at Plumgar Community Center — three juveniles and one adult. The victims were ages 13, 15 and 16, police said.

Police said the investigation is ongoing.

The Montgomery County Police Department urges anyone who has information about this homicide to call the Major Crimes Division at 240-773-5070. Anonymous tipsters can call Crime Solvers of Montgomery County toll-free at 1-866-411-TIPS (8477) or submit a tip online or via the P3 Tips app. 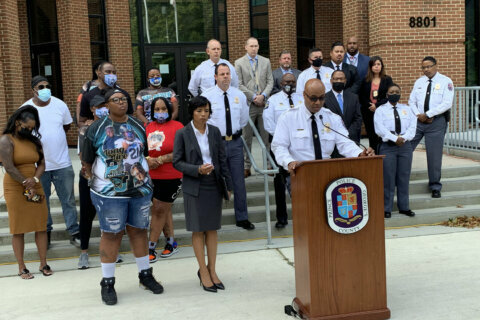