The Tokyo Olympics survived the COVID-19 postponement, soaring expenses and some public opposition. A year later, the costs and benefits remain as difficult to untangle as the Games were to pull off.
Listen now to WTOP News WTOP.com | Alexa | Google Home | WTOP App | 103.5 FM

TOKYO (AP) — The Tokyo Olympics survived the COVID-19 postponement, soaring expenses and some public opposition. A year later, the costs and benefits remain as difficult to untangle as the Games were to pull off.

In his speech at the closing ceremony, IOC President Thomas Bach said a major accomplishment of the Games was simply reaching the end.

“We did it,” Bach said. “We did it together,” he repeated, crediting the athletes, Japanese government officials, and deep-pocketed broadcasters for refashioning the Games despite no fans, disappointed sponsors, and no buzz around the city.

Organizers said the Games would drive tourism, showcase Japan’s technological prowess, and create memories similar to the 1964 Tokyo Olympics. The pandemic erased that.

Japan’s goal after the postponement was to get through it, mindful that Beijing was holding the Winter Olympics in China just six months after Tokyo’s close. For the International Olympic Committee, it was a priority to get the Games on television and keep big sponsors — the sources of 90% of IOC income — happy.

“I think what the Games meant more than anything else was simply not having to deal with a cancellation,” David Leheny, a political scientist at Japan’s Waseda University, told The Associated Press. “There were no public health disasters associated with it. I do think officials would like to have run a victory lap — if the public had been more enthusiastic about it.”

“If Japan had cancelled,” Leheny added, “there would have been a lot of discussion, particularly in the conservative media, about what it meant that we couldn’t pull it off.”

As a final act before legally dissolving the organizing committee on June 30, President Seiko Hashimoto and CEO Toshiro Muto said the price tag for the Tokyo Games was $13 billion — almost 60% public money. This was twice the estimated cost when the IOC awarded Tokyo the Games, but less than the $25 billion some predicted.

How to judge? Legacy or costly hangover? Is there success to celebrate, or is it simply rejoicing over not having failed?

The Tokyo Metropolitan Government, on the hook for $5.4 billion in Games expenses, has campaigned to persuade the public that a half-dozen new venues have post-Games uses. Typical is a reopening ceremony next week at the canoe-slalom venue, featuring a paddling parade for elementary-school students.

A center dedicated to the LGBTQ community was championed during the Games, and the Paralympics pushed Tokyo to improve accessibility around town.

The city government is holding a 1-year anniversary event Saturday at the $1.4 billion National Stadium to mark the date of the opening ceremony. Athletes, high school and junior high school marching bands, and cheerleaders are to appear.

Tokyo was initially billed as the “Recovery Olympics,” but this got little play after the delay. Government officials promised before the postponement that the Games would focus attention on an area of northeastern Japan devastated in 2011 by an earthquake, tsunami, and the meltdown of three nuclear reactors.

Japan’s Kyodo news agency published a survey of 4,000 people, compiled by a government agency, that showed only 29.8% said they were grateful for government reconstruction support. Many in the region believe the Olympics sapped resources from recovery efforts.

“I almost get the impression that the Olympics have come to that very quiet period where people don’t want to talk about it or even think about it,” Aki Tonami, a political economist at Japan’s University of Tsukuba, told AP. “Any analysis of what the Olympics meant is still in the symbolic phase. We don’t really have the capacity or the bandwidth to really dig down for a more long-lasting meaning.”

Kyodo has also reported this week that an executive board member of the organizing committee received $326,000 from a Games sponsor. As a quasi-civil servant, Kyodo said he was not allowed to receive such payments.

The board member, Haruyuki Takahashi, is a former director at Japanese advertising agency Dentsu, Inc, which helped land $3 billion in local sponsorship for the Tokyo Games.

Amid uncertainty, there is one clear legacy. Despite scandals, bloated costs, and lukewarm public support, Japan is pursuing the 2030 Winter Olympics for Sapporo. And it’s trying to use the Tokyo Games to drive the bid.

Sapporo places the price tag at $2.6 billion, likely an underestimate since Tokyo expenses were at least twice the initial estimate. And it’s impossible to estimate accurately eight years in advance.

“We’re already working toward that,” Seiko Hashimoto, the head of the Tokyo Games, said last month. “The significance of the Tokyo Games should be communicated thoroughly, otherwise the people in Sapporo and Hokkaido will not support this initiative.”

Sapporo is believed to be the front-running candidate competing with Vancouver and Salt Lake City. Salt Lake officials have suggested they may focus on 2034. The IOC is expected to name the host in May 2023 and IOC President Bach, in an interview with Kyodo, seemed to rule out awarding 2030 and 2034 at the same time.

Neither of the three cities requires citizens to approve the bid in a public referendum, which have consistently been rejected when tied to funding the Olympics.

Barbara Holthus, the deputy director of the German Institute for Japanese Studies in Tokyo, worked as a volunteer during the Olympics and got a feel for the street.

“People were so upset that (IOC president) Thomas Bach pushed the Olympics down everybody’s throat without consideration for Japanese sentiments,” she said. “And now they want to it again without asking the people of Sapporo, which they would have to do in Germany.”

Holthus, who grew up in Hamburg, Germany, pointed out that in 2015, local voters there turned down a referendum to hold the 2024 Olympics in the northern German city. Like Holthus, IOC President Bach is also a German.

Working as an Olympic volunteer, Holthus said she saw other volunteers decline to wear their uniforms on public transportation as they traveled to the venue during the pandemic. She said volunteers were told to wear the uniforms because there was no provision for storing street clothing at venues, but some didn’t want to be identified with Games.

She said it was different recently when volunteers gathered to clean some Tokyo beaches.

“My colleagues last year, lots of them didn’t want to be seen in their neighborhood with the uniform on. People were thinking, maybe you’ll bring the virus back to the office or into the neighborhood. But at the recent event we were asked to wear our uniform. Of course, not everybody did, but some did — and they were really proud now to wear it. So I think this bad taste of the uniform now is kind of gone.” 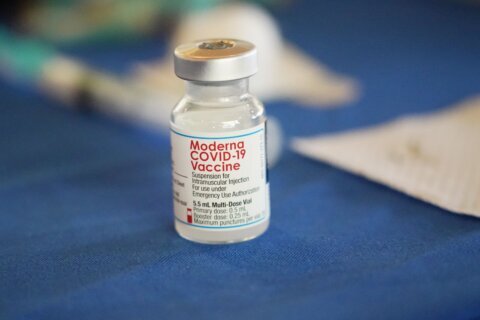