Doctors believe the newborn marks the first known case of a baby born with coronavirus antibodies in the U.S., which may offer her some protection against the virus.

Dr. Paul Giblert and Dr. Chad Rudnick presented their findings in a preprint study, meaning it has not yet been peer-reviewed. They found that the antibodies were detected at the time of delivery, after analyzing blood from the baby’s umbilical cord taken immediately after birth and before placenta delivery.

“We have demonstrated that SARS-CoV-2 IgG antibodies are detectable in a newborn’s cord blood sample after only a single dose of the Moderna COVID-19 vaccine,” they concluded. “Thus, there is potential for protection and infection risk reduction from Sars-CoV-2 with maternal vaccination.”

The doctors emphasize, however, that more research is needed to verify the safety and efficacy of the coronavirus vaccines during pregnancy.

It was already known that mothers previously infected with COVID-19 can pass antibodies on to their newborns. Additionally, the passage of antibodies from mother to baby through the placenta is well documented in other vaccines, including that for influenza, so doctors were hopeful the same newborn protection would be possible after maternal vaccination against COVID-19.

“It really starts aligning the COVID vaccine with those vaccines that we already use in pregnant women like the flu vaccine,” Dr. Neeta Ogden, an internal medicine specialist and immunologist, told CBSN on Wednesday. “We really need, and it is clear that we need, significant data on how safe it is in pregnant women.”

These early results may help give pregnant women more reason to consider getting the vaccine.

“This also is hopeful because it offers a level of protection to one of the most vulnerable populations, the newborn,” Ogden said, emphasizing the need to further study in pregnant women during this pandemic.

Since we don’t have COVID vaccines approved for children yet, she said, “If we can see this kind of safe maternal transmission of antibodies from the vaccine to newborns, I think that’s really a great step in the right direction.”

Other recent studies, also shared in preprint and not yet peer-reviewed, support the findings.

Massachusetts General Hospital recently studied 131 women — 84 pregnant, 31 breastfeeding and 16 non-pregnant — who all received the Pfizer or Moderna vaccines. They found equally strong immune responses in the pregnant and lactating women as the control group. Additionally, antibodies were present in the placenta and breastmilk of every sample taken.

“Maternal vaccine-generated antibodies were detected in the umbilical cord blood of all 10 babies who delivered during our study period,” co-author Dr. Andrea Edlow, a maternal-fetal medicine specialist at Massachusetts General Hospital, told CBS News on Wednesday. “Our data suggest that receiving both shots of the mRNA vaccine leads to improved antibody transfer to newborns.”

Another study out of Israel found antibodies in all 20 women tested who received both doses of the Pfizer vaccine, both during their third trimesters and in their newborns, also through placental transfer.

Last month, Pfizer announced that it had begun the first large-scale trial of its vaccine on pregnant women, which it expects to finish by the beginning of 2023. Its vaccine was approved for emergency use in the U.S. in December, and millions of people, including thousands of pregnant women, have taken it already.

Pregnant women were excluded from the original trials of Moderna and Pfizer’s COVID-19 shots, a common practice in such studies. 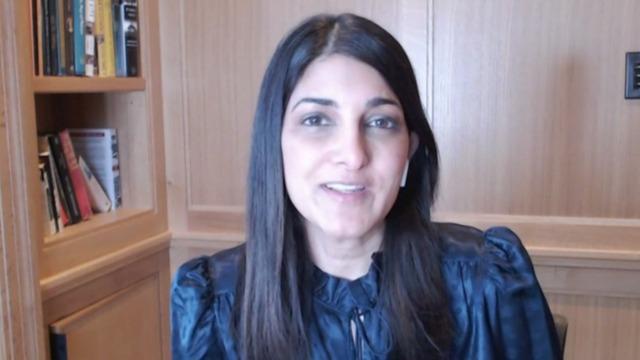