Pfizer and BioNTech say the first U.S. participants have been given shots in a large-scale clinical trial to assess the safety and efficacy of their COVID-19 vaccine for pregnant women.
Listen now to WTOP News WTOP.com | Alexa | Google Home | WTOP App | 103.5 FM

Pfizer and BioNTech say the first U.S. participants have been given shots in a large-scale clinical trial to assess the safety and efficacy of their COVID-19 vaccine for pregnant women. The companies are aiming to enroll some 4,000 pregnant women in the trial around the world.

“Now that we are seeing successful initial implementation of vaccine campaigns with BNT162b2 [the Pfizer-BioNTech vaccine] across the globe, it is time to take the next step and extend our clinical program to other vulnerable populations, such as pregnant women, to potentially protect both them and future generations,” BioNTech Chief Medical Officer Dr. Özlem Türeci said in a statement Thursday.

The companies estimate this trial will wrap up by January 2023. Moderna, maker of the only other COVID-19 vaccine to receive emergency use authorization so far in the United States, has launched a registry to track pregnant women receiving the shot.

Pfizer and BioNTech said they also aim to start new studies in younger children over the coming months, and recently launched trials in adolescents. Research is also planned to evaluate the doses in people with compromised immune systems.

The announcement comes a week after top scientists at the National Institutes of Health called on COVID-19 vaccine developers to ramp up their research into pregnant women, who face greater risk of severe illness from the virus and who have been frustrated by the lack of clear guidance on vaccination.

“Pregnant and lactating persons should not be protected from participating in research, but rather should be protected through research,” the federal researchers said in an article published by the Journal of the American Medical Association.

“Guesswork must be removed when it comes to vaccination decisions for this important population,” they wrote.

Pregnant women were excluded from the original trials of Moderna and Pfizer’s COVID-19 shots, a common practice in such studies. Though the Food and Drug Administration encouraged vaccine developers to include pregnant women, the regulator also required them to first complete additional research to check for potential red flags.

Pfizer and BioNTech say their research found “no evidence of fertility or reproductivity toxicity in animals” tested with the vaccine.

Some participants in both Moderna’s and Pfizer’s U.S. trials did end up becoming pregnant, and no problems related to the vaccines were reported.

After analyzing data from these trials, the American College of Obstetricians and Gynecologists concluded in December that the shots “should not be withheld from pregnant individuals.” The Centers for Disease Control and Prevention says the technology used to create mRNA vaccines like Pfizer’s and Moderna’s is “unlikely to pose a specific risk for people who are pregnant.”

Both groups recommend pregnant women consult with their doctors with questions about getting the shot. The limited data has led some expectant mothers to express hesitancy over whether to get the vaccine. 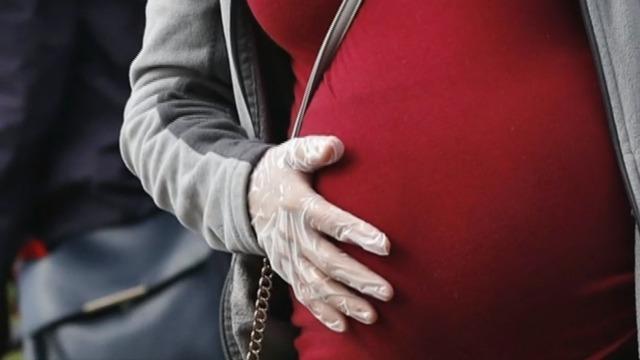 However, without the vaccine, research suggests pregnant women are at higher risk of hospitalization and death from COVID-19. One study published in January found a COVID-19 mortality rate among pregnant women 13 times higher than other similarly aged patients.

“Here is an important group that is typically highly vulnerable to influenza infections and, yet they were excluded from COVID-19 vaccine trials,” Dr. Kristina Adams Waldorf, the senior author of the University of Washington study, said in a press release detailing their research.

“Pregnant patients should have been given the option to enroll in vaccine trials so that we would better understand vaccine risks and benefits to them.”

But even before that new data comes in, many doctors say the benefits of the vaccines are already clear.

“I recommend highly that all pregnant women be immunized, from initial discovery of the pregnancy right up to term,” Dr. Bob Lahita, professor of medicine New York Medical College and chairman of medicine St. Joseph University Hospital, said in an interview with CBSN last week. He said there is “no evidence” that the vaccine “has any effect on the placenta, on the fetus, on the mother. Except if one gets the infection, the COVID, and you are pregnant, you run the risk of becoming very, very sick.”