Maryland Gov. Larry Hogan announced Thursday that the state is doubling its economic recovery and relief efforts for small businesses by tapping into the state’s rainy-day fund.

Maryland has already allocated about $250 million for COVID-19 relief. The additional $250 million announced Thursday includes $50 million for the state’s small business relief fund and $50 million specifically for restaurants to expand outdoor dining in the winter months by buying tents and heaters and making HVAC improvements.

Hogan said small businesses are facing a “desperate situation,” with some “hanging on by a thread.”

Though Maryland’s economy has rebounded faster than the nation as a whole, “it’s still really bad,” he added. “It’s not a great situation.”

Hogan said the boosted funding is necessary as U.S. lawmakers and the White House remain deadlocked on another coronavirus relief bill.

“The failure of Washington to provide additional stimulus relief for our small businesses, struggling families and to the states for economic recovery is having a devastating impact,” Hogan said. “And we need both parties in Washington to stop playing politics to end the gridlock and to get this done for the American people.”

The new funding for restaurants will be distributed to local authorities and must be spent by Dec. 31, Hogan said.

Of the new funding, another $20 million is slated for a state program that aims to avert pandemic-related layoffs, and $100 million is for an emergency rapid-response fund that the governor said would act as a “safety valve” that might not have to be used.

Another $20 million will be distributed by the Department of Housing and Community Development to “Main Street Maryland” organizations.

The total $250 million in additional funding from the state’s coffers is less than what some other state officials had pushed for. During a Board of Public Works meeting Wednesday, Maryland Comptroller Peter Franchot pushed Hogan for an additional $500 million in relief funding.

After Hogan’s news conference, Franchot issued a statement calling the new funding a “good start but it’s simply not enough.”

The statement added: “Contrary to the governor’s analysis of our fiscal posture, we are in a position to do more without taking another penny from the rainy-day fund.”

There’s just under $1 billion in the state’s fund. Hogan said the new funding he announced Thursday was in excess of that recommended amount.

“We thought that was the right amount that we could put into all these programs and realistically get it out to people to help,” the governor said.

Hogan added that state and local authorities must act quickly to disburse the funds by the end of the year. The governor said he is “disappointed” that previous assistance funding has gone unspent by Maryland counties.

So far, the state has paid $362 million in federal CARES Act funding to 19 of the state’s smaller counties and only one-third of it has been spent. (Maryland’s five largest counties, including Montgomery and Prince George’s counties, were given a total of $691 million directly by the federal government.)

CARES Act funding also comes with an end-of-the-year “use it or lose it” deadline.

During the news conference, Hogan also discussed improving coronavirus numbers in the state, leveled some criticism at local leaders for not lifting their coronavirus restrictions more quickly and responded to criticism about a still overwhelmed unemployment system.

Regarding the latest health metrics, Hogan noted Maryland remains one of just eight states where new cases of COVID-19 are low and continuing to stay low.

The current seven-day average of new cases has hovered around 600 for the past several days. The statewide positivity rate — the percentage of coronavirus tests coming back positive — is 3.1%, which is down precipitously from a peak of nearly 27% in April.

Hogan said Maryland is closely monitoring a slight uptick in hospitalizations, but continues to have one of the lowest deaths rates in the nation, he said.

The governor added that moving into Phase Three of the state’s coronavirus reopening plan — which eases many restrictions on business operations — is also important to spur the economy.

“We have a few local leaders who are still refusing to allow (businesses) to reopen and to operate under the state’s reopening guidelines,” Hogan said.

Though the state has continued easing restrictions under Phase Three, counties in the D.C. area — including Montgomery and Prince Georg’s counties — have stuck with more restrictive Phase Two plans.

“We don’t want to take away their authority, but we continue to encourage them because it’s hurting our business community,” Hogan said. 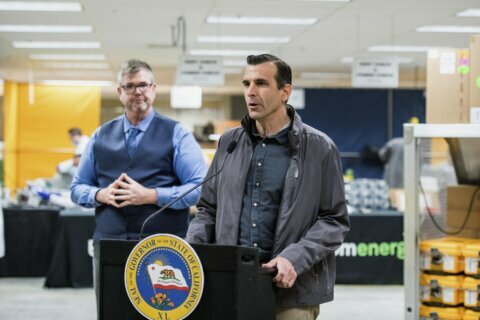 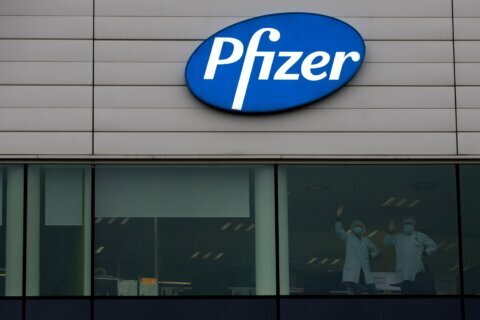