Hogan: Maryland can start Phase 3 of reopening plan on Friday

“All Maryland businesses will be able to open,” Hogan said during an update Tuesday.

Starting at 5 p.m., more businesses may open and increase capacity.

“As we begin to move into Stage Three, the law still empowers individual counties to make decisions that are more restrictive regarding the timing of Stage Three reopenings in their own individual jurisdictions,” Hogan said.

He still warned residents to stay vigilant as the state moves into Phase Three.

The positivity rate has been under 4% for 24 days since Aug. 8. The Centers for Disease Control and Prevention and World Health Organization benchmark is 5%, Hogan said, and the state has been below that since June 25.

“We continue to be in much better shape in the nation and better than most states across the country. And while it is critical that we remain vigilant as we battle this deadly virus, it is also important that we continue to fight to protect and improve the economy and the health of our small business community and our struggling Maryland families by continuing to push to safely reopen our economy and to get more people safely back to work,” Hogan said.

What happens in Phase Three

Here are how some businesses and services may operate in Phase Three:

For a full list of how Phase Three in Maryland looks, read Hogan’s order.

“We will move forward with the modified plan the governor laid out this evening but encourage our residents to still tread lightly. We are still very much in a public health crisis, and these relaxed restrictions do not mean we should let our guard down,” Ball said in a statement.

“We will do this over the next few days to determine the best way to move forward for our residents and businesses while protecting the public health,” Elrich said in a series of tweets.

Elrich said Hogan’s announcement had “taken us by surprise,” and although he wants to see the county open as quickly as possible, Elrich added, “we also must proceed with care.”

“We will continue to follow the data and science in Montgomery County, as we have done every day throughout the pandemic. We are averaging about 70 cases per day, and yesterday, we had 97 cases – those numbers are concerning because they’re higher than they were a few weeks ago,” Elrich said.

Md. to use app that notifies of exposure risk

Hogan said that through a partnership with Apple and Google, Maryland will be one of the first states that will use an app designed to help public health officials to quickly notify individuals if there has been an exposure to the coronavirus. The app is called Exposures Notifications Express.

Hogan cautioned residents against letting their guard down when spending time with family, specially during the upcoming Labor Day weekend.

According to contract tracing in Maryland, 41% of those who tested positive reported attending family gatherings and 19% reported that they attended house parties and outdoor events.

The state Board of Education approved new requirements for instruction for the school year.

According to the plan approved by the board, schools must include 3 1/2 hours of “synchronous” instruction each day. It will be up to the school districts to decide how that 3 1/2 hours will be provided for grades K-12.

School systems that planned to not have students return for in-person instruction until the second semester are required to “reevaluate their reopening plans” and submit them to the Maryland State Department of Education by the third week of November.

Hogan said 16 school districts submitted plans that included some return to the classrooms, but eight jurisdictions did not.

Hogan expressed frustration at how his announcement last week fully authorizing every school system to begin safely reopening was portrayed.

He clarified that school systems were not ordered to do anything, and the decision was left up to them. He reiterated that not having a plan to reopen schools for the whole year was “not acceptable.”

Hogan announced that, as of Tuesday, the State Board of Elections have mailed out all absentee ballot applications to every Maryland voter.

He also said that the state has recruited some 11,000 people to serve as election judges and workers, and he urged jurisdictions to contact those people who have expressed interest in working the polls.

He encouraged those who want to vote in person on Election Day to vote during off-peak times to avoid crowding.

Hogan said it took the Board of Elections eight weeks to mail the ballot applications, and he expressed concern about crowded polls and the board not responding fast enough.

“We’re going to work with the legislature to continue staying on top of the board of elections because I’m not completely confident that things are going to go smoothly. And we’re going to do everything we can to assist,” Hogan said. 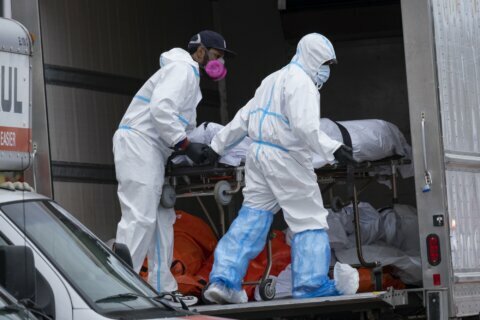 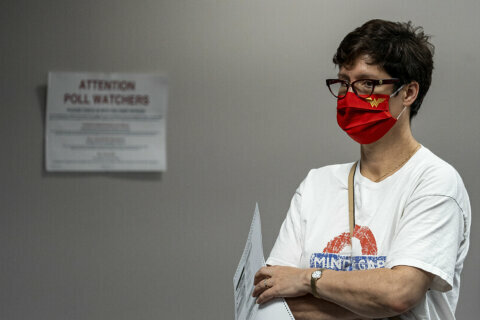