During this difficult and uncertain time of the coronavirus pandemic, a young boy in Montgomery County, Maryland, is putting a little laughter and joy into the world with a clever parody song that has garnered a good amount of attention on YouTube.

The video shows Ilan Shterenberg, 11, playing guitar and singing his own version of Leonard Cohen’s “Hallelujah.”

“I was learning this song for my grandpa’s birthday,” said Shterenberg.

But he decided to insert his own lyrics into the famous melody after repeatedly failing to access a virtual class hosted by Montgomery County Public Schools on the video conferencing tool Zoom.

Shterenberg is a 5th grader who attends Cedar Grove Elementary School in Clarksburg. But he, along with the whole school system, has switched to a distance learning program.

“It was taking me a long time on Zoom.” said Shterenberg. “It was like going on a loop taking us back and forth.”

So he turned his frustration into creativity, changing the lyrics to reflect his experience.

For instance, Shterenberg begins the song by singing, “I wonder if there’s secret code for us to reach the tech support.”

Cohen’s song begins with “I’ve heard there was a secret chord that David played and it pleased the Lord.”

“I heard some other parodies on YouTube, so I just really wanted to make a parody myself. So, I just decided to make one about this.” said Shterenberg.

His mother, Katya Shterenberg, is proud that he did.

“This was definitely good and it sort of takes your mind off the monotony of things,” she said.

As of Tuesday morning, the video had more than 51,000 views on YouTube. 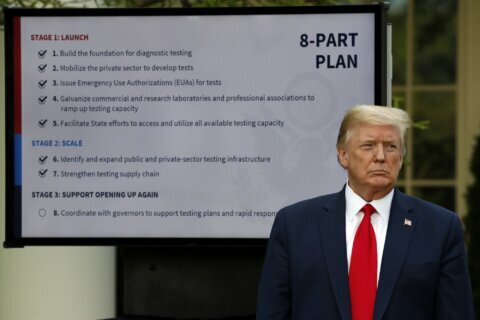