Sale of half Ocean casino to Detroit Ilitch group approved

ATLANTIC CITY, N.J. (AP) — New Jersey gambling regulators on Thursday approved the sale of half of Atlantic City’s Ocean Casino Resort to the Ilitch organization, which owns professional sports teams, a nationwide pizza chain and a casino in Detroit.

The New Jersey Casino Control Commission approved the sale, under which Ilitch will acquire 50% of the casino for $175 million, and share equally in major decisions concerning its operation with the current owners, Luxor Capital Group L.P., a New York hedge fund.

Of that investment, $70 million will be used to complete 464 hotel rooms that have remained unfinished since the property opened in 2012.

Michael Conboy, a principal at Luxor, said the Ilitch organization looks to be a strong partner to own and operate the casino.

“I wouldn’t say we kissed a lot of frogs, but we batted eyelashes at a lot of frogs, and we found a prince,” he told the casino commission. “They share our growth vision.”

The sale is expected to close within 30 days.

It follows the resignation on Monday of Ocean’s president, Terry Glebocki. The casino would not say whether the two events were related.

No successor has yet been publicly named. Conboy said an interim CEO will be named within 10 days.

“We are excited to welcome the Ilitch organization to Atlantic City,” Luxor said in a statement. “Their investment gives Ocean access to growth capital, and provides a strategic partner to Luxor. Over the last year, Ocean’s team has progressed under new leadership that features top executives in the gaming and hospitality industries. Since that time, Ocean has strengthened its position in the market and continues to gain market share. We look forward to moving the business forward with Ilitich’s partnership.”

Ocean said Thursday it will carry out $75 million in reinvestments next year, most of which will consist of the $70 million room project. It will finish 12 floors of rooms, consisting of over 360 guest rooms and 100 new suites.

The Ocean casino opened nine years ago as Revel. The $2.4 billion resort immediately ran into financial trouble, leading to two bankruptcy filings and its closure after just over two years of operation.

Colorado developer Bruce Deifik bought it in January 2018 for $200 million, and reopened it that summer. But he quickly ran out of money. Luxor, which was one of his lenders, assumed ownership of the casino in January 2019 in return for canceling Deifik’s debt. Deifik was killed in a car accident in April 2019.

For the first eight months of this year, the most recent statistics available, Ocean has won more than $219 million, more than twice what it won in the same period last year. That ranks it sixth out of Atlantic City’s nine casinos in terms of gambling revenue. 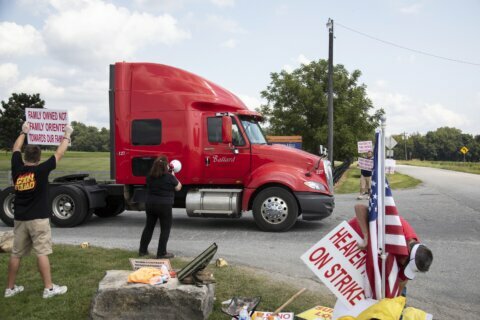