US consumer prices surge in June by the most since 2008

WASHINGTON (AP) — Prices for U.S. consumers jumped in June by the most in 13 years, evidence that a swift rebound in spending has run up against widespread supply shortages that have escalated the costs of many goods and services.

Tuesday’s report from the Labor Department showed that consumer prices in June rose 0.9% from May and 5.4% over the past year — the sharpest 12-month inflation spike since August 2008. Excluding volatile oil and gas prices, so-called core inflation rose 4.5% in the past year, the largest increase since November 1991.

The pickup in inflation, which has coincided with the economy’s rapid recovery from the pandemic recession, will likely intensify a debate at the Federal Reserve and between the Biden administration and congressional Republicans about how persistent the accelerating price increases will prove to be.

The Fed and the White House have made clear their belief that the current bout of inflation will prove temporary. As supply chain bottlenecks are resolved and the economy returns to normal, they suggest, the price spikes for such items as used cars, hotel rooms and clothing will fade. Some economists, along with Wall Street investors, have indicated that they agree.

“The headline inflation numbers have been eye-popping in recent months, but underlying inflation remains under control,” said Gus Faucher, an economist at PNC Financial Services. “Once again a few categories — used vehicles, airfares, rental cars, hotels — are experiencing huge price gains because of the recovery from the pandemic.”

Still, continued higher inflation does raise the prospect that the Fed could decide to act earlier than expected to pull back on its ultra-low interest rate policies, which have been intended to support more borrowing and spending. If so, that would risk weakening the economy and potentially derailing the recovery.

For now, price increases are running ahead of the wage gains that have kicked in this year, which means the financial burdens on millions of households have grown more difficult. Average hourly earnings increased 3.6% in June compared with a year earlier, normally a solid gain, but far less than current inflation.

Lower-income workers are also hardest hit by rising food prices, which rose 0.8% in June, and gas costs, which rose 2.5% last month and 45% from a year ago.

One reason why year-over-year inflation readings are now so high is that the most recent prices are being measured against the sharp price declines that followed the eruption of the pandemic in March of last year. That statistical distortion began to fade in June and will no longer be a factor when July’s year-over-year inflation figures are released next month.

Looking past those distortions, prices are rising faster than they did before the pandemic but not as much as the recent monthly numbers suggest. Greg McBride, chief financial analyst at Bankrate, noted that compared with June 2019, inflation has risen at about a 3% annual pace over the past two years. That is up from a 2.6% annual inflation pace from May 2019 to May 2021.

In addition, some ongoing price spikes could fade soon. Hotel room prices surged 7% in June alone and 15.1% in the past year, the most on records dating to the 1950s. But that surge has merely returned hotel prices to pre-pandemic levels and so may not persist.

Airline fares, which jumped 2.7% last month, have skyrocketed nearly 25% compared with a year ago. Yet airline ticket prices are still below pre-COVID levels.

Prices for used cars are far above where they were before the pandemic and soared 10.5% last month alone — the largest such monthly increase on record. That spike accounted for about one-third of the monthly increase in consumer prices for a third straight month.

Used cars have become vastly more expensive largely because semiconductor shortages have cut production of new cars, thereby leading more buyers to the used car lots. And many rental car companies sold portions of their fleets during the pandemic to raise cash and are now desperately buying up used cars to replenish their supply.

The shortage of rental cars combined with greater demand has elevated vehicle rental prices by an astounding 90% in the past year.

The surge in used car prices, though, isn’t likely to last. Prices are starting to drop at wholesale auctions where dealers buy vehicles, and used vehicle demand may be slowing.

David Kelleher, who runs a Stellantis (formerly Fiat Chrysler) dealership in Glen Mills, Pennsylvania near Philadelphia, has observed that fewer of his customers are seeking used vehicles.

“I think the word got out that it was a tough time to buy a used car,” Kelleher said.

Kelleher, who has now cut prices on the roughly 150 used vehicles he has in stock, says other dealers are reporting the same conditions, and he expects customers to return once the price declines take full effect. Still, supplies of new vehicles remain tight and prices high, a trend that could sustain customer demand for used vehicles.

More broadly, other trends are keeping consumer prices high: Restaurant prices rose 0.7% last month and 4.2% over the past year, a sign that many companies are raising prices to offset higher labor costs.

The cost of household furniture increased 0.7% from May to June and 8.6% compared with a year ago, as more Americans have upgraded their homes after spending more time there during the pandemic. Mohawk Industries, which makes carpets and tiles, has said it will raise prices 6% to 10% — its third price hike of the year — to cover higher costs for raw material, labor and shipping.

So far, investors have largely accepted the Fed’s belief that higher inflation will be short-lived, with bond yields signaling that inflation concerns on Wall Street are fading. Bond investors now expect inflation to average 2.4% over the next five years, down from 2.7% in mid-May. 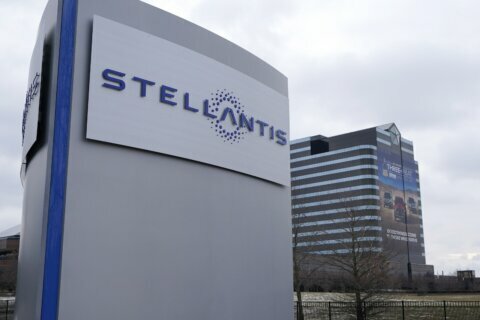 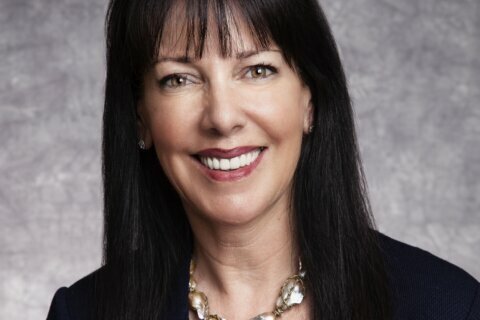