Beaten down by the pandemic, many laid-off or idle restaurant workers have pivoted to dishing out food with a taste of home. Some have found their entrepreneurial side, slinging culinary creations from their own kitchens.
Listen now to WTOP News WTOP.com | Alexa | Google Home | WTOP App | 103.5 FM
(1/15) 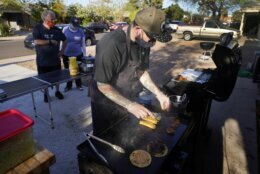 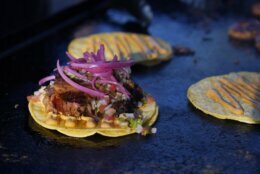 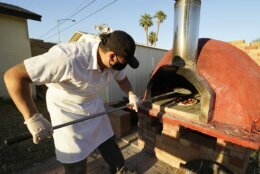 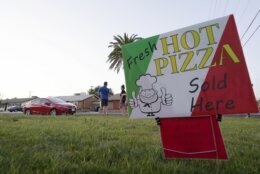 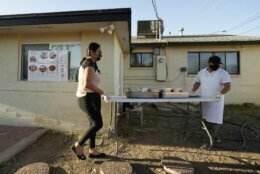 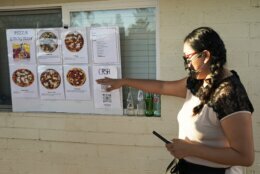 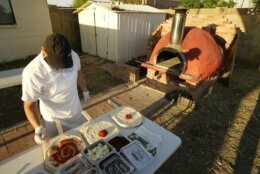 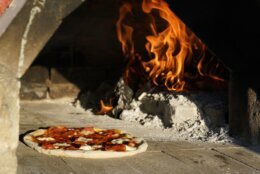 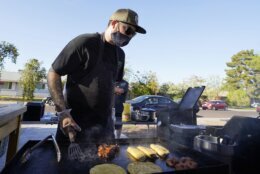 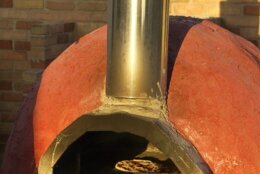 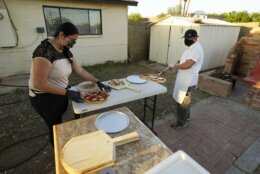 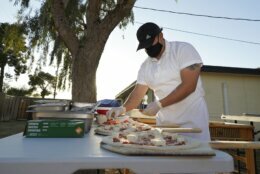 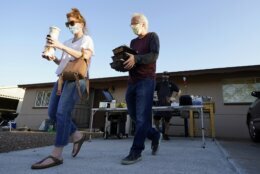 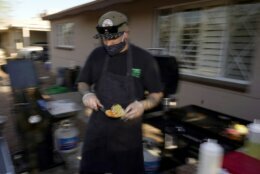 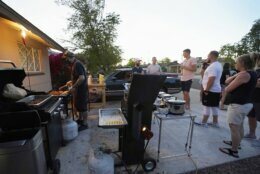 SCOTTSDALE, Ariz. (AP) — When COVID-19 shutdowns hit in March 2020, Mike Winneker, a hotel executive sous chef, found himself without work for the first time in years. Between caring for a 6-year-old son and waiting for unemployment benefits, days now spent at home in Scottsdale were stressful.

One night in June, Winneker, 33, cooked up some tacos with beef chuck and beef cheeks. Seeing what a large quantity he had, he came up with the idea of selling tacos. His first test run was a post on the NextDoor app offering brisket barbacoa tacos in his driveway. Winneker decided he would only do it if he had at least $300 in pre-sales.

“As of right now, I got 300 people on an email list,” said Winneker, who has since been offering tacos twice a week via email and Instagram. “If I capture even a small percentage of that, it helps pay my bills.”

Beaten down by the pandemic, many laid-off or idle restaurant workers have pivoted to dishing out food with a taste of home. Some have found their entrepreneurial side, slinging culinary creations from their own kitchens.

In many cases, that can mean running up against or accommodating health regulations. These chefs and caterers say they need money and a purpose, and their plight has cast new light on an ongoing debate about regulations over the sale of home-cooked meals.

The rules around serving food for immediate consumption vary across states, making for a complex patchwork of requirements, said Martin Hahn, an attorney at Hogan Lovells, which specializes in food industry law. States generally refer to federal guidelines, but counties and cities drive permit and licensing conditions. While some states have cottage food laws allowing in-house preparation, those are for “low-risk” products like jams and breads.

“The first place I would go is call my local health department, find out whether there are any licensing requirements, permits you need to have and any restrictions on being able to operate this type of a business out of your home,” Hahn said.

Don Schaffner, a food science professor at Rutgers University who has given workshops on food safety, said home-cooked foods with items like raw meat are a gamble for consumers. They have to assume that proper storage, prevention of cross-contamination and other best practices were followed.

“I totally get why (the chefs) are doing it. Just from a food safety perspective, I can’t endorse it,” he said.

Eight doors down from Winneker, Ruby Salgado, 26, and her husband, Jose Hernandez, spend their weekends making pizzas in a backyard oven they built. Some nights, they churn out as many as 30 pies with toppings like fennel sausage, fresh mozzarella and carne asada.

Salgado works as a configuration analyst for pharmacy benefits. But Hernandez, a restaurant line cook, has had his hours cut. Salgado’s 23-year-old brother, whose hours as a restaurant server can fluctuate, also lives with them.

When they moved in in September, Salgado noticed people leaving Winneker’s home with takeout containers and inspiration struck. She and Hernandez planned to someday own a food truck or trailer to peddle pizzas. The pandemic slowdown seemed like a good time to test their concept and earn “extra income to be able to help our family out.”

For foods other than cottage foods, Arizona requires that you get a license from a county environmental health department and cook in a licensed commercial kitchen. For Salgado, renting one wouldn’t be worthwhile unless they consistently sold 50 pizzas.

“I have to do my research and find kitchens close to us that would be willing to rent us a kitchen the morning of to do the prepping,” she said.

Both Winneker and Salgado say they have food managers/handlers cards and are fastidious about cleanliness. They have refrigerators dedicated to their food businesses, and they wear masks and gloves.

Like Salgado’s family, Thao Nguyen was selling pizzas out of her backyard, in Yucca Valley, California, after her home goods store closed. After three months, her small pizza operation was shut down last summer by San Bernardino County health officials.

“They got a formal complaint from somebody and they came up for a visit and they looked on social media for evidence to build a case against me,” said Nguyen, who has since started cooking for pop-ups out of a kitchen at the local community college.

It was frustrating, Nguyen said, because a 2018 California law allows home kitchens to be used for a “microenterprise” — which involves one full-time employee and gross yearly sales that don’t exceed $50,000. But it’s up to each county to implement it. While San Bernardino County isn’t on board, neighboring Riverside County is.

“I think this is a really great thing to help people who can’t afford or don’t have the means or lifestyle to really commit to having a brick-and-mortar restaurant,” Nguyen said.

Lee Thomas, a former San Leandro, California, councilman who works for the Oakland Unified School District, had a side business called GrilleeQ, barbecuing food for events at people’s homes. Because of COVID-19, he now cooks in his backyard — against Alameda County rules. He’s worried about getting in trouble but wants to draw attention to the issue.

“People are going to do this regardless,” Thomas said. “You might as well legalize it, take the fear away from people… but also create this ecosystem of making sure that food is safe.”

California, Wyoming and North Dakota allow limited sales of higher-risk foods such as meat, according to C.O.O.K. Alliance, an advocacy group lobbying for home cooks. Utah signed off on similar legislation in March.

In New Mexico, the pandemic has spurred new interest in the sale of homemade canned goods. In March, state legislators voted to ease restrictions on the sale of homemade food that can be stored safely without refrigeration. Sellers still have to complete a short training course, label products, and keep the kitchen “free of pets or children” during food preparation.

“We’re working on other states,” said Peter Ruddock, C.O.O.K. Alliance’s California policy and implementation director. “We take food safety very seriously. We just think there are many ways to do it and total prohibition — which is what we basically have — isn’t the best way.”

Schaffner, the professor, advised that any legislation include regular health inspections and intensive training just like restaurant chefs would get. “Those two things would be a really good first step,” he said.

Winneker doesn’t plan on doing a side hustle from home forever. He isn’t ruling out returning to his job, but he wants to get a vendor’s license and move to a commercial kitchen. In the meantime, he’s prepared if forced to close up taco shop.

“(The pandemic) made me realize if my back’s against the wall, I’ll figure it out,” Winneker said. “Worst case scenario, they’re going to tell me to stop. If they tell me to stop, I’ll make it legit and start over.”