Across most of America, GameStop is just a place to buy a video game. On Wall Street, though, it’s become…
Listen now to WTOP News WTOP.com | Alexa | Google Home | WTOP App | 103.5 FM
download audio
Matthew Gault with Motherboard tells WTOP why GameStop and Blockbuster Video stocks are at record highs

Across most of America, GameStop is just a place to buy a video game. On Wall Street, though, it’s become a battleground where swarms of smaller investors see themselves making an epic stand against the 1%.

The funds serving the financial elite are starting to walk away in defeat. Big bets they made that GameStop’s stock would fall went wrong, leaving them facing billions of dollars in collective losses. All the wild action pushed GameStop’s stock as high as $380 on Wednesday, up from $18 just a few weeks ago.

The stunning seizure of power gives some validation to smaller-pocketed investors, many of whom are encouraging each other on Reddit and are trading stocks for the first time thanks to brokerages offering free-trading apps. It’s also left more investors on Wall Street asking if the stock market is in a dangerous bubble about to pop, as AMC Entertainment, Bed Bath & Beyond and other downtrodden stocks suddenly soar as well. The S&P 500 set a record high earlier this week, though it fell Wednesday.

Two investment firms that had placed bets for money-losing GameStop’s stock to fall have essentially thrown in the towel. One, Citron Research, acknowledged Wednesday in a YouTube video that it unwound the majority of its bet and took “a loss, 100%” to do so. But Andrew Left, who runs Citron, said that does not change his view that GameStop’s stock will eventually go down.

“We move on,” Left said. “Nothing has changed with GameStop except the stock price,” He also said he has “respect for the market,” which can run stock prices up much higher than where critics say they should be, at least for a while.

Before its recent explosion, GameStop’s stock had been struggling for a long time. The company has been losing money for years as sales of video games increasingly go online, and its stock fell for six straight years before rebounding in 2020.

That pushed many professional investors to make bets that GameStop’s stock will decline even further. In such bets, called “short sales,” investors borrow a share and sell it in hopes of buying it back later at a lower price and pocketing the difference. GameStop is one of the most shorted stocks on Wall Street.

But its stock began rising sharply earlier this month after a co-founder of Chewy, the online seller of pet supplies, joined the company’s board. The thought is that he could help in the company’s transformation as it focuses more on digital sales and closes brick-and-mortar stores. Its shares jumped to $19.94 from less than $18 on Jan. 11. At the time, it seemed like a huge move for the stock.

The raucous discussions are full of sarcasm, self deprecation and emojis of rocket ships signifying belief that GameStop’s stock will fly to the moon.

“WHAT IS AN ACTUAL RATIONAL SELLING POINT, (ABOVE 200? 500?) SO I DONT HAVE TO WATCH THIS TICKER EVERY SECOND UNTIL FRIDAY/MONDAY????” one user wrote in a Reddit discussion Tuesday afternoon as GameStop soared. “I HAVE NO IDEA WHAT I’M DOING,” adding that they had other things to do.

There is no overriding reason why GameStop has attracted this cavalcade of smaller and first-time investors, but there is a distinct component of revenge against Wall Street in communications online.

“The same rich people that caused the market crash in 2007/08 are still in power and continue to manipulate the market to get even richer, we are just taking back our fair share,” one user wrote on Reddit.

“hey mom i can’t come up for dinner,” another user wrote. “i’m bankrupting a 10 figure hedge fund with the boys.”

As GameStop’s gains grew and short sellers scrambled to get out of their bets, they had to buy shares to do so. That accelerated the momentum even more, creating a feedback loop. As of Tuesday, short sellers of GameStop were already down more than $5 billion in 2021, according to S3 Partners.

Much of professional Wall Street remains pessimistic that GameStop’s stock can hold onto its immense gains. The company is unlikely to start making big enough profits to justify its $22.2 billion market valuation anytime soon, analysts say. The stock closed Wednesday at $347.51. Analysts at BofA Global Research raised their price target Wednesday — to $10.

All the mania is raising some concern that investors are taking excessive risks, and reporters asked Federal Reserve Chair Jerome Powell on Wednesday whether the Fed’s moves to support markets through the pandemic is helping to push stock prices too high.

Powell downplayed the role of low interest rates and pointed to investors’ expectations for COVID-19 vaccines and more stimulus from Washington for the economy as drivers for record stock prices.

The Securities and Exchange Commission said Wednesday that it’s noticed all the volatility in the market, though it did not name GameStop specifically. The agency said it’s “working with our fellow regulators to assess the situation and review the activities” of investors in the market.

Later Wednesday, the Reddit discussion group where much of the GameStop stock push has taken place, called r/WallStreetBets, was taken private, making it inaccessible to outsiders. Some longtime users also took to Twitter to say they could no longer access it. A Reddit representative confirmed that the group’s moderators took it private but gave no other comment.

In addition, the gamer-friendly platform Discord shut down a text and audio chat group also called r/WallStreetBets for “continuing to allow hateful and discriminatory content after repeated warnings,” the company said in a statement.

Discord said it has been monitoring that group — called a “server” for historical reasons — for “some time” due to repeated violations of its rules, including hate speech, glorifying violence and spreading misinformation and issued multiple warnings to its administrator.

“To be clear, we did not ban this server due to financial fraud related to GameStop or other stocks,” Discord said. “We are monitoring this situation and in the event there are allegations of illegal activities, we will cooperate with authorities as appropriate.” 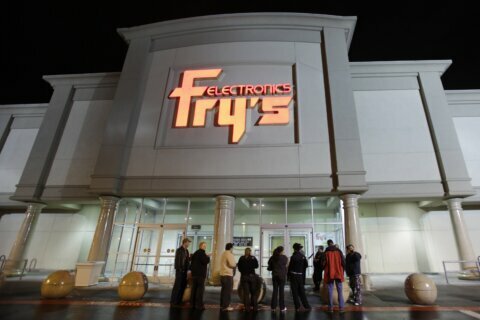 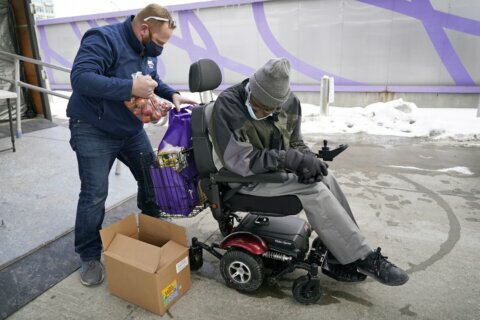