A study of tech-laden cars brought in for service at D.C.-area dealerships found that half had systems designed to keep the car in its lane turned off, according to new numbers from the Insurance Institute for Highway Safety. Plus watch WTOP’s John Aaron take to the test track.

WASHINGTON — Cars have lots of new high-tech features to keep you safe, but a new study finds that half of D.C.-area drivers are turning one of those systems off.

A study of cars brought in for service at 14 D.C.-area car dealerships found that lane maintenance systems were turned on just 51 percent of the time, according to new numbers from the Insurance Institute for Highway Safety.

“That is an indication that the warning strategy might be more annoying to the driver,” said David Aylor, manager of active safety testing for the IIHS.

Many safety systems on the market now use audible alerts to let drivers know they have crossed a line in the road. But some drivers complain of false alerts because of things like unclear lane markings, or unnecessary alerts that may come when they intentionally leave a lane. 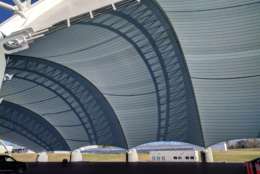 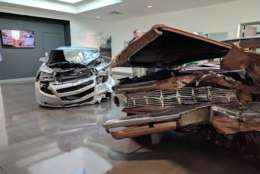 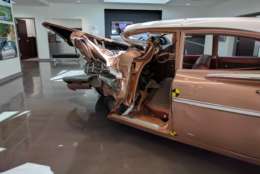 In 2008, only 1 percent of vehicles offered forward collision warning with automatic braking.

Research in 2016 showed autobrake systems are reducing front-into-rear crashes by up to 50 percent for the vehicles equipped with them.

The IIHS expects front-crash prevention systems will be standard on virtually all new vehicles by 2022.

During WTOP’s visit to the IIHS Vehicle Research Center in Ruckersville, Virginia, a 2017 Nissan Frontier was put to the test. Watch video of that IIHS crash test below. 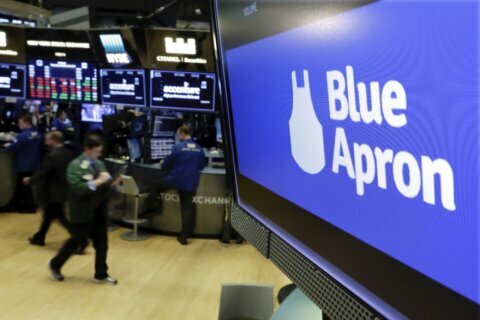