Canceled weddings are more common than you think

While wedding cancellations are unfortunate, they aren't uncommon. Here's what former couples can do to get their money back, according to New York Times contributor Amy Sohn.
Listen now to WTOP News WTOP.com | Alexa | Google Home | WTOP App | 103.5 FM

WASHINGTON — It’s wedding season, and while some couples are prepping for the joyous occasion, others are calling it quits.

According to a 2013 study by The Wedding Report, about a quarter-million engagements don’t end in marriage.

“It’s probably even higher than that because lots of people, when they get engaged, you don’t necessarily know about it,” said Amy Sohn, The New York Times contributor who wrote the article “You’ve Canceled the Wedding, Now the Aftermath.”

Sohn told WTOP that while one person in the couple usually has the jitters, the other person isn’t really expecting it.

But if the couple doesn’t cancel 90 days before the wedding, they have to deal with a lot more than heartbreak.

In its annual Real Weddings study, The Knot found that the average wedding cost for American couples reached $32,641 in 2015, with thousands of dollars spent on the venue, caterer, band, photographer and more.

So how can ex-couples get their money back?

Sohn suggests asking the vendors whether they are willing to convert the deposit money into a credit.

“See if they’ll cooperate with you. In a lot of cases they won’t and you’ve signed a very clear contract preventing you from getting money back, but maybe you can argue with them and say, ‘look, if you can fill the day, if I can help find someone to fill the date, can I get some of my money back?’” 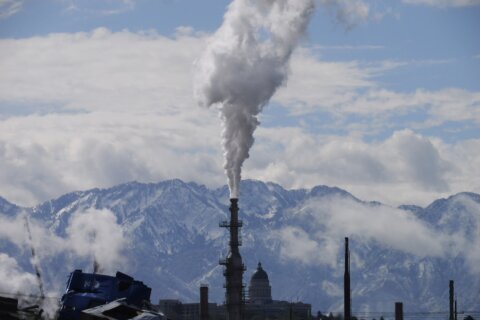