Garden clubs from across Maryland are getting ready to deck the halls of the State House in Annapolis with 24 Christmas trees -- one representing each county and Baltimore City.
Listen now to WTOP News WTOP.com | Alexa | Google Home | WTOP App | 103.5 FM
(1/4) 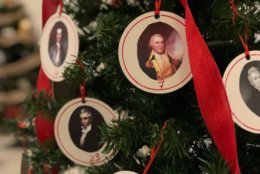 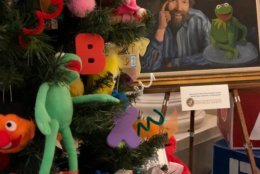 Families may just be digging into the first leftovers of the Thanksgiving Day meal, but garden clubs from across Maryland are getting ready to deck the halls of the State House in Annapolis with 24 Christmas trees — one representing each county and Baltimore City.

Megan McGinn-Meals, the public information officer for the Maryland Department of Natural Resources, said preparations by the Federated Garden Clubs of Maryland began in the spring, “and every year they get more and more creative.”

The installation of the trees begins Monday. They’ll line the halls outside the House and Senate chambers in the State House.

McGinn-Meals said a number of trees stick out in her memory.

“One year, Talbot County put together a boat Christmas tree” that used the triangular frame of a boat to mimic the triangular shape of a holiday tree. She called the result “magical” and a great way to reflect the Eastern Shore county.

The State House is open year-round every day from 8:30 a.m. to 5 p.m., and McGinn-Meals said the holiday trees have become quite an attraction for casual tourists and school groups over the years.

Trees may feature oyster shells, ornaments that show historic landmarks in a given county, or, in the case of Baltimore, a tribute to the Orioles and the films of director John Waters.

Maggie Sliker, with the Forest Garden Club, in Prince George’s County, said one year, the club decorated their tree with characters from “Sesame Street” in a tribute to Muppets founder Jim Henson, who attended the University of Maryland.

“We made some of the characters ourselves with flannel,” she said, “and I think we had Big Bird on the top.” But her personal favorites include a tree with an equestrian theme. She lives near Prince George’s County’s Show Place Arena and Equestrian Center and the Marlborough Hunt Club property.

This year’s theme for the Prince George’s County tree is nature, Sliker said, so expect to see a lot of flowers as well as ornaments featuring foxes, birds, some oyster shells and probably a blue crab or two.

With trees from all over the state of Maryland standing side by side, visitors can feel like they’re getting a tour of the state that’s often referred to as America in miniature, but Sliker said there isn’t really a sense of competition between the garden clubs.

Rather, there’s more of a sense of fun and sharing involved.

“People bring their grandchildren, and we all talk to each other about our different trees,” she said. “It has just been a pleasure — it really has been a pleasure and an honor to do this.”

Here are the rules for visiting the State House. 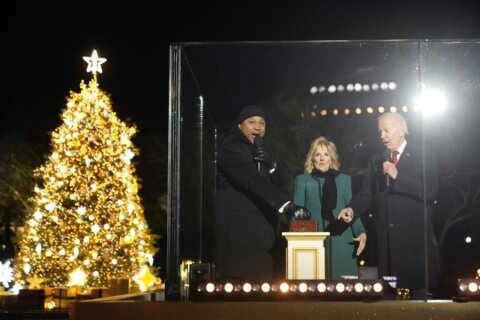 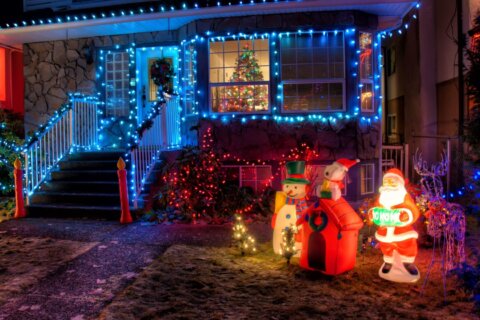