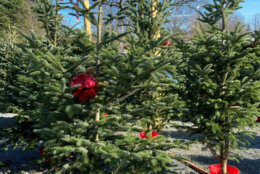 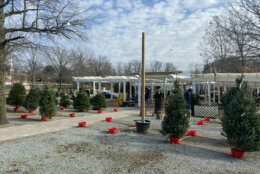 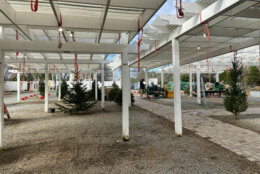 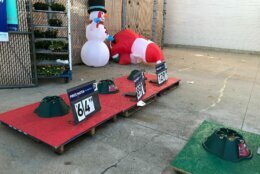 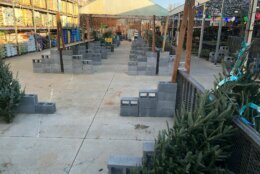 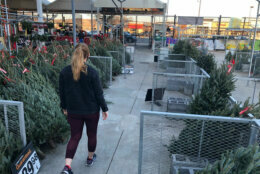 If you typically get a live Christmas tree and don’t have one yet, you might want to get one soon — they’re in short supply.

Growers planted fewer trees during and after the 2008 recession, and this year there’s been high demand.

“It’s December 7th, and people are running out of trees and we haven’t gotten any access to anything new,” said David Johannes of Good Earth Garden Market.

Johannes ordered 2,500 trees for his locations in Potomac and Sandy Spring, Maryland, but received only 2,100. The Potomac store — which typically would have sold about 700 trees by now — had only two dozen left Monday afternoon.

A visit to Home Depot and Lowe’s along the Richmond Highway corridor in Northern Virginia also revealed a slim selection of live Christmas trees on Monday.

Another usually reliable source, a small private nursery nearby, has a bare patch of ground where, in past years, trees had stood on wooden platforms.

The Hybla Valley Nursery is only observing “office hours” until spring, according to the outgoing message on its answering machine.

Johannes has requested more trees and has connections that might help, but he doesn’t want anyone to count on it.

The tree vendor said he hasn’t seen anything like this in 41 years.

“I prefer to tell people, ‘I’m not going to get anything new in,’ because I don’t want anyone’s hopes to get up, and I want them to keep looking,” he said.

Johannes orders trees in January and only learns how many he’ll get around October. This year, he brought in a new line of trees called Victorian Grade. Over their 8- to 12-year lifespan, the trees don’t get pruned and are allowed to grow in their natural state.

They might look odd to most people, but that hasn’t slowed demand.

“People started saying, ‘OK, well look, it’s 2020. What else could be weirder? So, let’s just go ahead and get a weird tree,'” Johannes said.

And in a year when so many things are atypical, he’s noticing something new.

“It’s almost like they’re purposefully buying a Charlie Brown tree — just so they have the humor in it,” the tree vendor said.

And if you’re among those who wait until Dec. 24 to pick out a tree, Johannes suggests you start looking, because it’s unclear what might be available in a few weeks.

“If it’s important to make sure you have a tree, get something now. That’s exactly what I would do,” Johannes said. “I think you’ll find a tree. You just have to be patient and keep searching, you know, call around.”

If you already have a tree or intend to get one soon, Johannes said be sure to keep it watered. If the reservoir goes dry — even briefly — the tree will seal up, quit drawing water, dry out and become a fire hazard.