Commissioners in Charles County, Maryland, unanimously voted Tuesday to remove its indoor mask mandate for private businesses effectively immediately after recent metrics show a sharp decline of COVID-19 cases. However, they agreed to hold a public hearing as winter weather and a new variant may present an uptick in community transmission.

At the end of a COVID-19 briefing during the board of commissioners meeting, County Attorney Wes Adams presented a resolution that would end the indoor mask mandate for businesses, but maintaining it for government-owned properties.

Chares County’s seven-day case rate of 8.58 is the third lowest in Maryland, a large improvement since it extended the mandate for both unvaccinated and vaccinated people in September and again in October.

“We’ve gone from the third highest state of transmission to the third lowest currently, but had gotten down to the lowest,” Adams said. “I believe the commissioners are at a point where I have created a resolution for the commissioners, if it’s to be discussed, to remove the mask mandate from the private business sector, the churches, [but just the] mandate not the recommendation.”

County-owned buildings such as the senior and recreational centers, correctional center, golf courses, parks and recreational facilities and swimming pools, and government buildings would still require guests and employees to follow a mask mandate. Adams said he spoke Health Officer Dianna Abney who was “comfortable given our metrics” to present the resolution to the commissioners.

Despite a 5-0 vote, Commissioner Thomasina Coates said she had “great concern” about removing the mandate. She asked for clarity in Abney’s role and if she could override the mask mandate removal. Also, she wanted the resolution to be clear that private businesses can still set their own mask policies that customers would have to follow.

Adams said the county’s whole board of health is Abney and the board of commissioners together so any resolution passed would receive her input prior to a vote. He added that not only do private businesses preserve the right to issue mask mandates, there are still state rules for locations, like health facilities, that would require mask wearing to continue.

“It’s clearly within the purview of the hospital, especially given the fact that there are so many immunocompromised people to create those rules in their private enterprises,” Adams said.

Also following the mandate’s vote, Commissioner Amanda Stewart called for a motion to set up a public meeting to allow residents to give feedback and possibly introduce a bill to consider a countywide mask mandate rule based on health trends following the Thanksgiving holiday.

Stewart said she was asked by Abney to present the motion of a hearing right after the vote to meet the requirements of the county’s public notice laws.

“In case there’s an upward movement of transmission rates and positive case rates so that the board will be in the position to debate the topic and provide the best option for protecting Charles County citizens,” Stewart said.

By setting up the public hearing early as a “placeholder,” the commissioners reserve the right to cancel the meeting if its COVID metrics remain low, Adams said.

Currently, the county’s vaccination rate is less than 78%, Abney said. Meanwhile, its case rate moved from moderate to substantial, according to the Centers for Disease Control and Prevention.

During her COVID-19 presentation, Abney told the commissioners that masking is a “key strategy” for people to use to prevent the spread of COVID-19. She also said officials should expect an increase an increase of cases following the Thanksgiving holiday.

“There were 98 cases in the past week; that’s a decrease from the previous week, which was 109 cases, but do remember there is a possibility of increases after the holiday because of the fact that people traveled and they were with people who were out of their normal circle of folks who may or may not have been vaccinated or who may have been incubating COVID-19 without knowing it and could have possibly passed it on,” Abney said.

If the hearing does take place, according to the public hearing notice, it is scheduled for 6 p.m. on Dec. 15.  The meeting will be held remotely via video teleconference.

To register to speak during the hearing, residents must call 301-885-2779 day of the meeting between 8 a.m. and 4 p.m. to receive virtual log-in information. Residents are also encouraged to submit comments online or calling 301-645-0652. 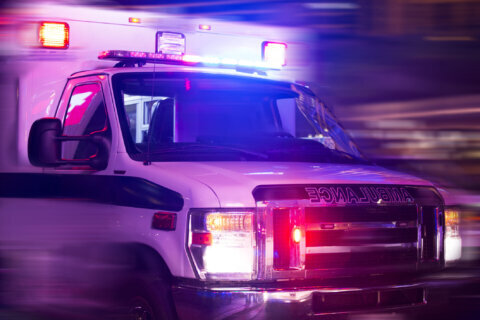