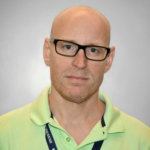 A young suspect has been charged with sexual assault at an elementary school in Charles County, Maryland.

A young suspect has been charged with sexual assault at an elementary school in Charles County, Maryland.

NBC Washington reported a 10-year-old boy was taken into custody while the principal and vice principal of Gale-Bailey Elementary in Marbury have been reassigned to other schools.

Parents raised concerns about the school’s response to an incident that happened on the playground of the school.

Parents told NBC Washington three fourth-grade girls said a group of boys attacked and sexually assaulted them on the playground on Oct. 29.

One of the girls’ parents, Seneka Hart Butler, told NBC Washington that her daughter also received threats when she returned to school.

“One of the friends of the boy in the incident came up to her and was like, ‘I know you told your mom and dad what happened, you got my friends in trouble and I’m gonna beat you and I’m gonna have your family killed,” Hart Butler said.

That threat is also being investigated by law enforcement.